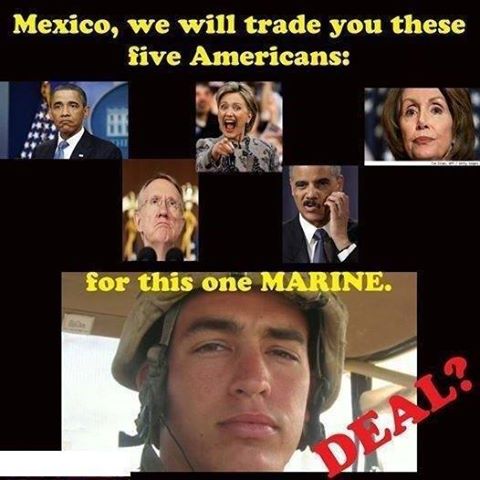 Since we are trading people for hostages, here are five people most Americans would gladly trade for our Marine being held hostage in Mexico.

Perhaps we can negotiate a trade that would undoubtedly raise his Obama’s poll numbers?!

Think of all the damage these fools have done to this country, the various “fake scandals.”

In giving Al Qaida back their most vicious leaders, Obama stands firm in the trade, calling it a genned up DC scandal. And as he said in a meeting that was supposed to be about foreign affairs, he “makes no apologies for what [sic] I did.”