US releases prisoners from Guantanamo Bay. They are under strict instructions to “not engage in any violent activity”.

Should this be listed under the category of ‘Phony Scandal’?
Read Full Story at Via Ynet:

Without much publicity or official announcements, the Unites States released five Guantanamo Bay detainees as a nod of willingness to open peace talks in Afghanistan. After officials in Kabul expressed desire for negotiations, the Obama administration released five members of the Taliban who were detained at the US detention center.

A top US official said that the prisoners were released under the condition that they will not engage in any violent activity. While it is clear that they are guilty of crime, the benefit in releasing them—the potential withdrawal of US forces from Afghanistan by the summer of 2014—is greater than the risk. The US announced it will attempt to negotiate peace talks with the Taliban and Afghanistan government officials some months ago.

This gesture from the US government was a departure from the Obama administration’s policy of zero tolerance to negotiations with terrorists and releasing prisoners; thus, in preparation for talks with Afghan officials, the US state department redefined the Taliban as an organization that is no longer included in the US enemy list. 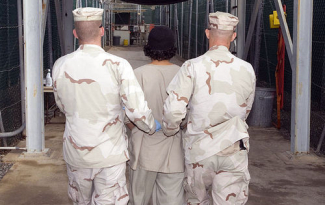