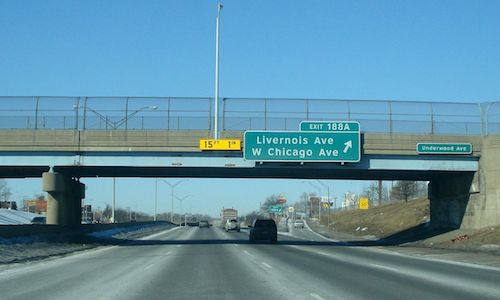 Holy guacamole! Chicago has 4 of the top 25 worst neighborhoods, including one in the Top 5.

Check out how the Chicago news reports crime, because you won’t believe your EARS!

Anybody want to guess what city is worse than Chicago? If you guessed Detroit, then you obviously don’t live there and are still alive.

Detroit has the TOP 3 most dangerous neighborhoods in the country, and another in the Top 10! That is the type of record that Liberal management yields. Give Detroit a Nobel Prize for “sumfin, yo!”

If you are one of the unfortunate people who live in any of those neighborhoods, then you have about a one in seven chance of being brutalized. 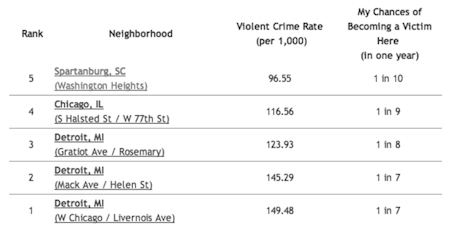 This report is a condemnation of Liberalism. These cities are run by Democrats, including Houston Texas, which has 2 in the Top 25. Even conceal and carry hasn’t stopped those crazy progressive criminals from doing their dirty work in TX.

And as I wrote in Liberal Cities Can’t Rely on Cops for Protection, cops are not plentiful or responsive in the urban centers managed by the Left!