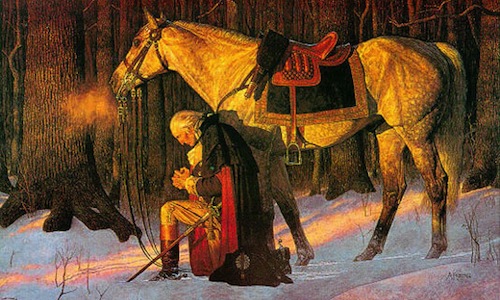 As a Christian and a Conservative living in this day of history in America, my fears are numerous.

Some of those fears revolve around the economy and the tremendous debt being thrust upon our children and on their children, and so on. I’m concerned about the path of our government as it relates to society.

We are quickly becoming a nanny state in most every arena. The government is devouring the private sector at an alarming pace. Whether you’re talking about welfare, the systematic takeover of the banking industry or the automotive industry, Education or Healthcare, the overriding feeling is that the government exists to save us from ourselves in every aspect of our lives.

But in the midst of being consumed by these social concerns, a certain truth brings me to my senses; God cares little for governments or powers. God’s business is the human soul.

Some have been lulled into believing social good outweighs the significance of the spirit of man. How many trees must you save, how many soup kitchens do you have to serve in, how many carbon offsets does it take? Or, if you’re of the conservative mindset, exactly how fiscally conservative do you need to be to rescue your soul from Hell?

Neither the struggle over strict constructionist judges nor reliance on rugged individualism was meant to take the place of being in right standing with the Creator.

As Americans, the answer should be simple for us. But a failure to come up with the correct answer only leads us further down the path of Humanism and increasingly further away from God and the America imagined by the Founders.

You could be Ronald Reagan incarnate… you may be the most thoughtful, humble Conservative on the planet and still be a world away from God.

Conservatism without Christianity is hollow from its inception and disastrous at its conclusion.

To this point in history, the complacency of Christians has been largely responsible for the incremental loss of both our Nation’s freedom and its original, stated purpose. In the void, appeasers and so-called “Conservative atheists” have begun to assume the leadership of the movement.

Deniers and scoffers labor in vain as this Nation’s glories fade into the ether. Unless the remaining Christian element takes the helm, these unbelievers will continue to spread their Fiscal-Conservative message. And if they are allowed to continue in this course, we will all be peering into the rear view mirror questioning what became of the Country we once knew.

America absent the God of the Bible is not the “America” the Founders’ envisioned and never will be.