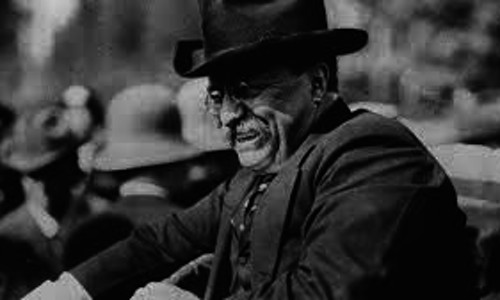 The Father of American Progressivism

In the eyes of some, the great hope for mankind has always been a sort of communal society. The thought behind this idea is that everyone could work towards a common end and share the fruits of their labor. As a matter of fact, Liberalism and social progressives teach this today.

So, “in order to form a more perfect Union”, at all costs they foist their communal ideals upon society.

In a perfect world, this type of social order would be heavenly. Unfortunately, we don’t live in paradise. That being the case, there are two things that war against this form of societal evolution. The first obstacle being that in the absence of some form of personal benefit men will not seek the highest level (read, “Capitalism”). The next is that there will always be those who seek individual gain at the expense of others (read, “Welfare State”).

But there is a third and more sinister player in the social-engineering game. And this one has been at play in nearly every communal attempt on a grander scale. Enter the despot.

We have a culture plagued with a form of “Stockholm Syndrome.” The poor and minorities have been indoctrinated almost from birth they can never better themselves; that no one loves them more than their oppressor. They have been trained to believe anyone who speaks against their master is an enemy.

And they’ve come to believe the lie with religious zeal… to promote it with passion and pride. Their tormentor is the Liberal Democrat, and those in power relish the misery of their subjects with Schadenfreude.

Meanwhile, true Conservatives continue to believe and teach America is a land of opportunity. We believe everyone has a shot at success. But we also believe success is a result of dedication and hard work, not circumstances, skin color or the good-fortune of strong-genes. Most believe this because they’ve seen the reality of it in their personal experience.

Is it, in fact possible we’re fighting a battle we may not win?

Our political system is compromised by 100 years of creeping progressivism. We have a self-ingratiating, pervasive media enamored more with status than with truth. Public Education has become a hot-house of Liberal experimentation, and we willingly send our children there for indoctrination. And our culture has turned from morals and ethics to a perverse acceptance of government-sponsored hedonism.

And, should we fail, we will have no one to blame but ourselves.