Think everybody in the hood likes Obama and his mini-me, Al Sharpton? Think again.

My friend Jim Hoft at the Gateway pundit captured a lot of the action in Ferguson, and this should warm the hearts of Republicans, and potentially get them out of their brain-dead stupor.

Black people are not crazy about Democrats and Liberals. And with good reason.

The shooting of Michael Brown showcases major rifts in the Liberal black community in that they love government, but hate cops (an arm of government).

Perhaps black Liberals just don’t like government, unless government is giving them things? 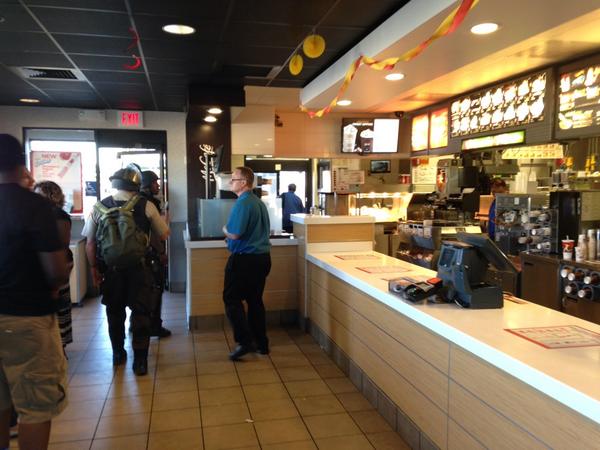 I was in Ferguson, and it is a war zone. Cops put coffee shops and fast-food joints on lockdown, and that feeling doesn’t help the situation.