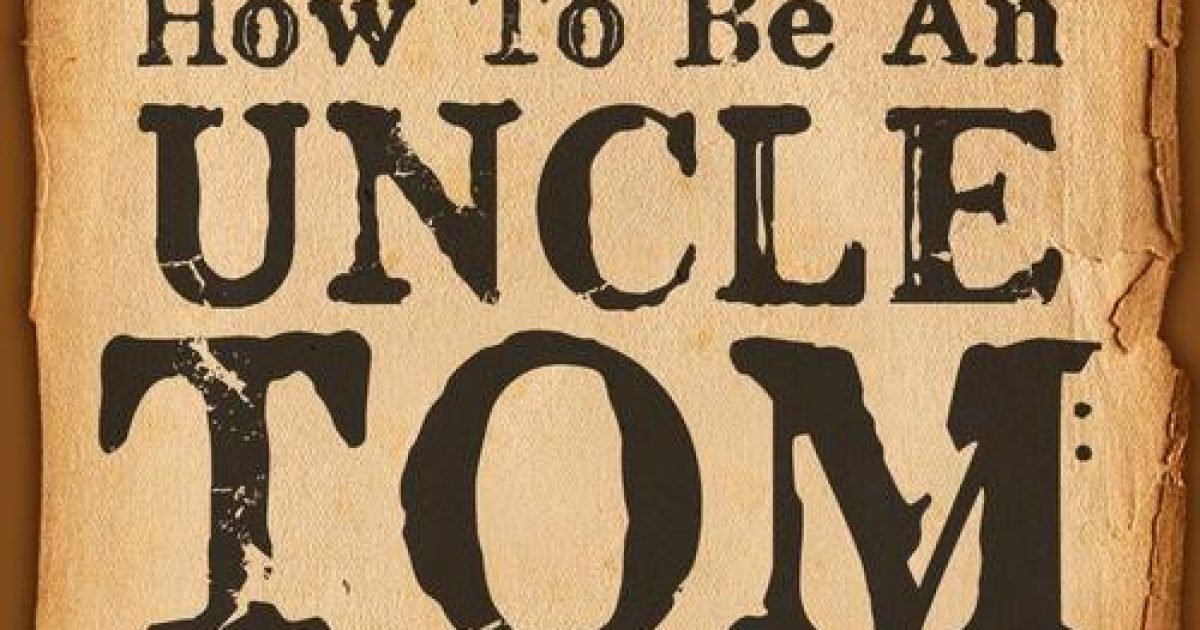 The “most religious people in America” called me an Uncle Tom and want me dead for having an opinion.

In my recent appearances on TV to discuss the Michael Brown shooting, I have sympathized with the Brown family’s loss of a loved one. No family should feel that loss. But that’s not good enough for black Liberals.

The fact is black families feel the loss of their young teen men disproportionately, mostly at the hands of people who look like us.

I balanced my comments on Brown’s death with an understanding the plight of the police officer involved. Officer Darren Wilson is a person too. He has a family, a wife and a child. And unless the man is a psychopath, I’m sure he is in anguish over this incident. I gave no rush to judgment; just thoughtful opinion about both sides of the story. I came from poverty, and I understand how cops were used as tools of government to oppress black people. However, as a student of history I’m smart enough to know that Democrats were and still are to blame. For my knowledge of the deviancy of being a Democrat, I was called a “coon-ass N*igga” by black Liberals who have a “one for all” mentality. The narrative had been established that Michael Brown didn’t deserve to die…for any reason; at least not at the hands of a cop. If Brown had been killed by a gang-banger or “beefin'” with one of his boys, then situation normal in the hood. Nothing to see in [insert urban indoctrination center here]. No lights, no cameras, and no action. In the “death by cop” scenario however, Michael Brown was not to be put in a negative light under any circumstances; because the bigger issue was to be police brutality and the militarization of police. Those were the marching orders of the Left politburo. It wouldn’t matter to black Liberals if Michael Brown’s juvenile record showed him as a murdering drug dealer who molested neighborhood children, because the wool had been dyed.

The Michael Brown story is no longer about right and wrong for black Liberals; it’s black versus [cause].

“Cause” can be cops, white people, Republicans, Conservatives, Tea Party, capitalists, or anybody trying to improve the black community. People who are really trying to make a difference in the black community are the enemy and deserve to be killed. Black Liberals readily accept the false idols; the NAACP, the Congressional Black Caucus, Al Sharpton, and the New Black Panther Party (NBPP), all of whom have led black people into a state of purposeful anger with nothing to show for it.

I say to the NBPP knuckledragger who wants me dead,

“How many black children have YOU helped?”

Has the NBPP got any black children adopted?

Has the NBPP helped any black children get into college?

I blame Liberals for creating this reptilian-brain behavior in black Liberals, and I blame Obama most. If Obama has one task as “black president,” it is to say to black Liberals that the days of whining are over. Black people can achieve anything, period. Obama has had ample opportunities to speak out definitively on race, where he could have changed the mindset of ignorant blacks who rest comfortably in the hammock of racism. Obama has missed each and every opportunity, knowing that black America needed this wake up call. Obama could have fired people like Holder and Jarrett who constantly ring the bell of racism, so black Liberals can feed at the trough of bitterness and hatred. But he won’t stop this nonsense, because he is fueled by it.

You would think that black Liberals would be ashamed of their behavior. Black Liberals go to work for their white bosses, interact with white people who treat them with honor and respect, and go back home to teach hate of white people to their children and anybody else who’s willing to listen. They take no personal responsibility for their lives, instead blaming so-called “Uncle Tom’s”, too stupid to know that calling a black man Uncle Tom is a compliment, as is calling us “Clarence Thomas!”

They refer to black Conservatives as sellouts, and say.

The reason many blacks do not speak their mind around other blacks is fear. They are not strong enough to say what needs to be said to the thuggish black Liberals who have been brainwashed into this “hate whitey” mindset. It takes guts to stand up for what you know is right. The true sellouts are those blacks who witness this insanity like Ferguson, and say nothing; go with the flow. Meanwhile the white Liberals who supposedly care about tolerance and justice, amble about as if they don’t see what’s occurring. Regardless of color, the Left is replete with racists and sellouts, and one thing is for sure.

There are NO Uncle Toms on the Left; but there are lots of sellouts.