I know, I know. Next I’ll be telling you that water is wet, but it’s fun pointing out how stupid Al Gore is.

The King of Scam predicted seven years ago that the polar ice caps would be gone. Guess what? They are BIGGER!

So much for Al Gore’s career as a meterologist!

Too bad we don’t put politicians in jail for their scams. Al Gore found an inconvenient lie to bilk millions of dollars from American taxpayers, and he still has climate change stooges sounding the warning bell.

Guess what, you ignorant putzes: WE ARE ALL GONNA DIE SOMEDAY! 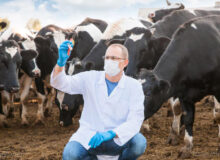