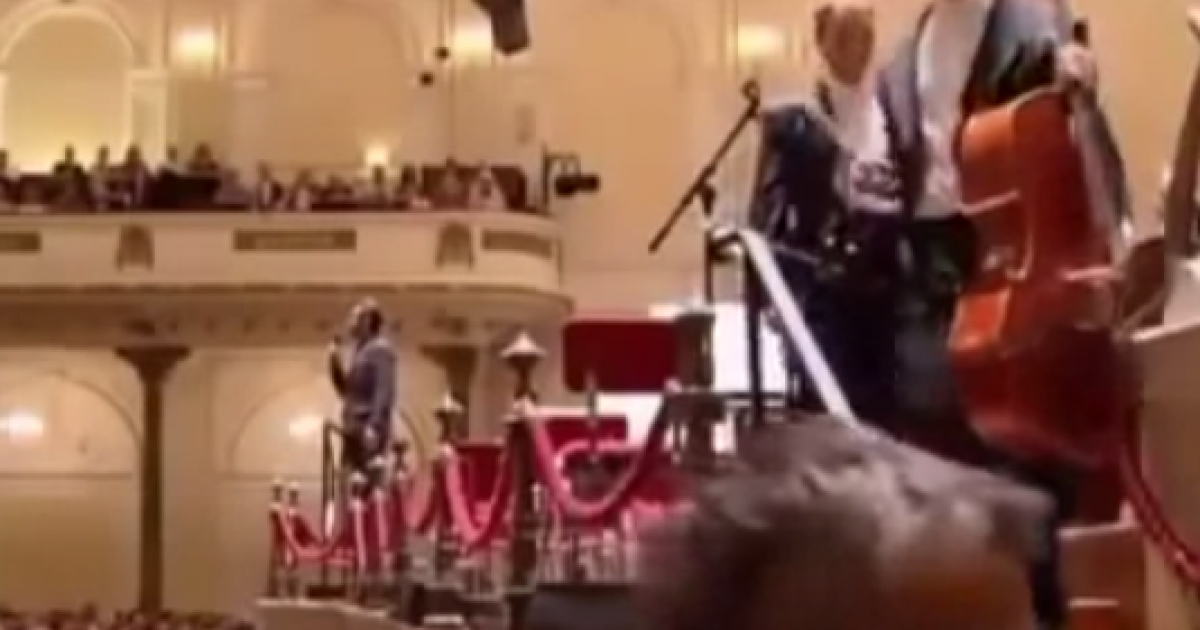 “I don’t have a bomb!” shouted the Muslim symphony director. as he proselytize the greatness of the Qu’ran.

Apparently the Dutch orchestra didn’t believe him, as they scrambled off stage.

I’m not saying the “religiously-profiled” this Muslim, but nobody was sticking around to be part of a Jihad stat.

Kudos to these musicians for recognizing the potential for danger, or for standing up for their own beliefs and voting with their feet!