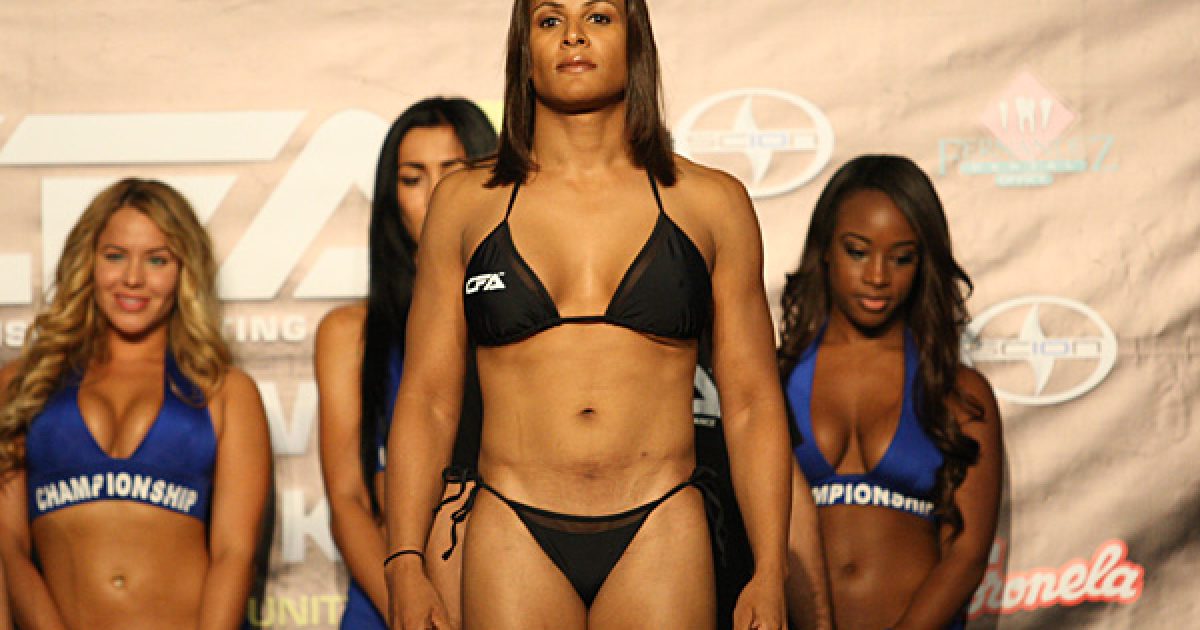 The women’s movement gets a beatdown, and it’s LEGIT!

When a man loves a woman is not just the title of an Andy Garcia movie, but is real-life. The transgendered, i.e. the “T” in LGBT are here and indeed queer.

What’s interesting is that its only the Lady Ts that the LGBT movement may soon want, as when men “transform” to women, it doesn’t always bode well for women.

Such is the case when transgender mixed martial arts (MMA) competitor Fallon Fox entered the octagon against her new sisters.

In a recent match, Fox defeated Tamikka Brents by TKO at 2:17 of the first round of their match, and she did it with all the flare of Ray Rice, as she damaged Brents’ orbital bone. The injury required seven staples and gave Brents a concussion.

In a post-fight interview this week, Brents told Whoa TV

His “grip was different,” she added. “I could usually move around in the clinch against…females but couldn’t move at all in Fox’s clinch.”

In March 2013, after a 39-second knockout victory it was revealed that Fox was a transgender, having officially transformed to female in 2006. That bout was the fifth straight first-round victory for the then-37-year old Fox, including his three amateur bouts, and his second victory as a professional fighter.

The fight with Brents was brutal, as this video  taken by a ringside attendee shows. The video even made the mouthy Rhonda Rousey take pause as Rousey said that allowing transgender men to fight should be on a “case by case” basis. Like what, a case by case basis of whether or not Rousey can beat them.

“I feel like, if you already go through puberty as a man, that’s something you can’t really reverse,”

Rousey added that it “would be fine” if a boy who was on hormone therapy to become a woman prior to puberty wanted to fight as a woman. So now we get the “legal” definition of when a man is a man or a boy can become a woman?

When it comes to Fox, Rousey declared that he shouldn’t fight women due to when his sex change occurred. Keep in mind this is the woman who said it would have been a different story if she had been in the elevator with Ray Rice.

Joe Rogan chimed in about male anatomy, saying that a transgendered man would “have all the bone structure that comes with” being a man.

Perhaps Rogan missed that episode of Seinfeld about “man hands.”

I think the Left and particularly female Leftists need to make up their minds about gender equality. They want to be equal, but you don’t see Rhonda Rousey clamoring to fight the male counterpart of her sport, and for the time being, you won’t see the women of the WNBA trying to play for the NBA championship.

You also won’t see a woman have a sex change to become a man, so that she can fight in the MMA.

The social liberals won’t have their cake and eat it to. Pandora’s box is open, and it was opened by Liberals. Just like in the military, there should be a “Don’t Ask, Don’t Tell.” May the best “person” win. Isn’t that what equality is all about.

In an interview with “Inside MMA,” Fallon echoed that sentiment:

“I don’t believe that a transgender fighter should have to disclose her personal medical history to other female fighters before they fight. It’s simply for the reason the medical community and the scientific community have come to the consensus that post-operative transsexual fighters who have been on hormone-replacement therapy and testosterone suppression, when they’re going from male to female, haven’t been found to have any physiological advantages over other women.”

If there is an advantage, it is only psychological.

One female fighter concluded that Fox shouldn’t fight with women.

“Any other job or career I say have a go at it, but when it comes to a combat sport I think it just isn’t fair. At least not until we have more scientific proof that it is or isn’t fair. More research is needed for sure.”

Isn’t that nice. As for me, I hope Fallon Fox DOMINATES female MMA. It would only be fair that the War on Women is pursued by a transgendered man, and even more ironic if Fallon were a rich white Republican, though that would be asking God for far too much.

Before you get upset, remember that I’m fine with women becoming men and having all those PERKS!