The results are a little confusing.

Hopes were high that legalized pot would be an altruism realized for medicinal marijuana, but the numbers are telling a different side to the story.

Tax revenues of recreational pot have not even nearly met expectations, even as recreational sales have stridently overtaken medical sales from less than half by comparison in just six months.

In addition, black market pot is still a viable option for many.  Is there anyone still talking about how legalized pot “helps the children?” 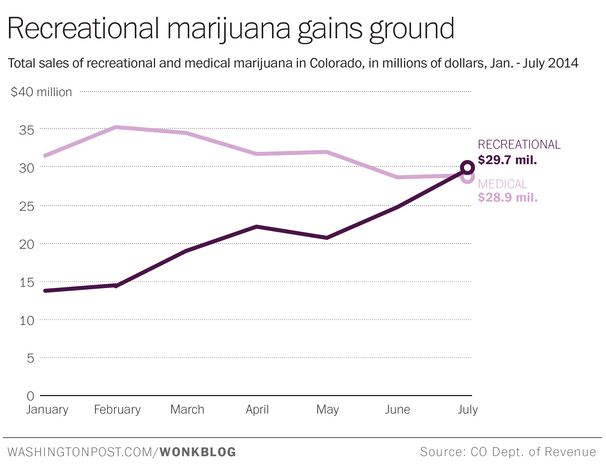