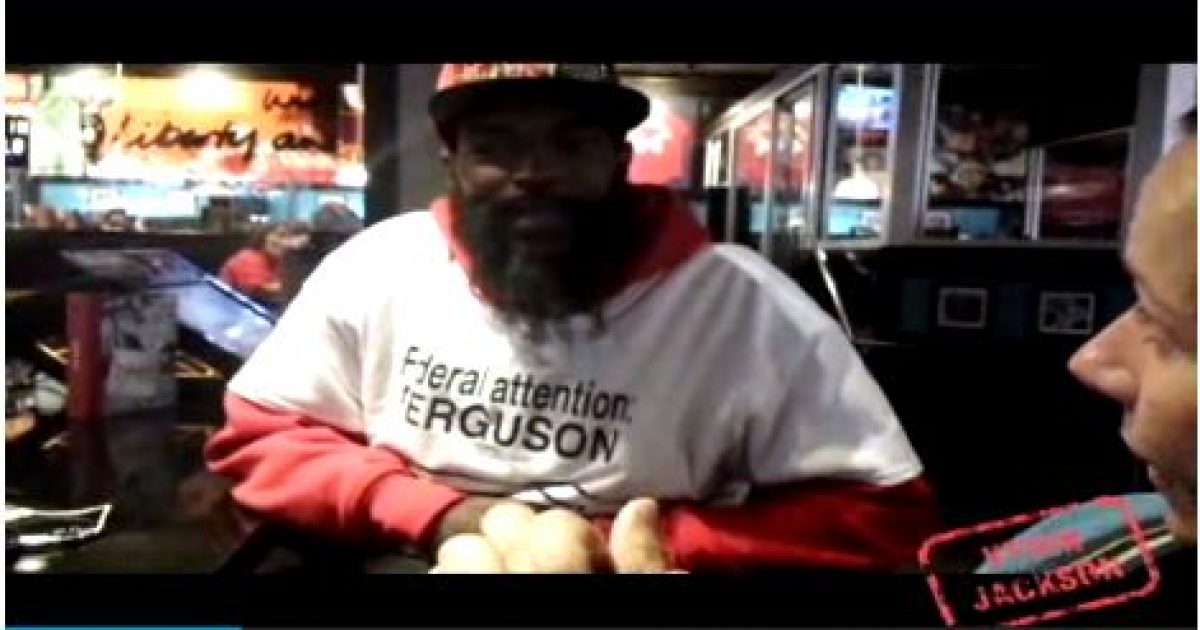 For those of you wondering why there is no clamor in the black community or from race-baiters about black on black crime, it’s your lucky day!

Executive Director The Black Sphere, Kevin Jackson and Melissa La Boy, the organization’s President and COO sat down with a St. Louis protester while on break from doing a CNN interview, and being on the ground at the protest. They met one of the protesters who explained the difference between cop shooting of black teens versus black-on-black murders.

Talk about an eye-opening explanation!

“It’s a whole bunch of people coming in that’s older than them telling them to not be violent…and that never got us nowhere.”