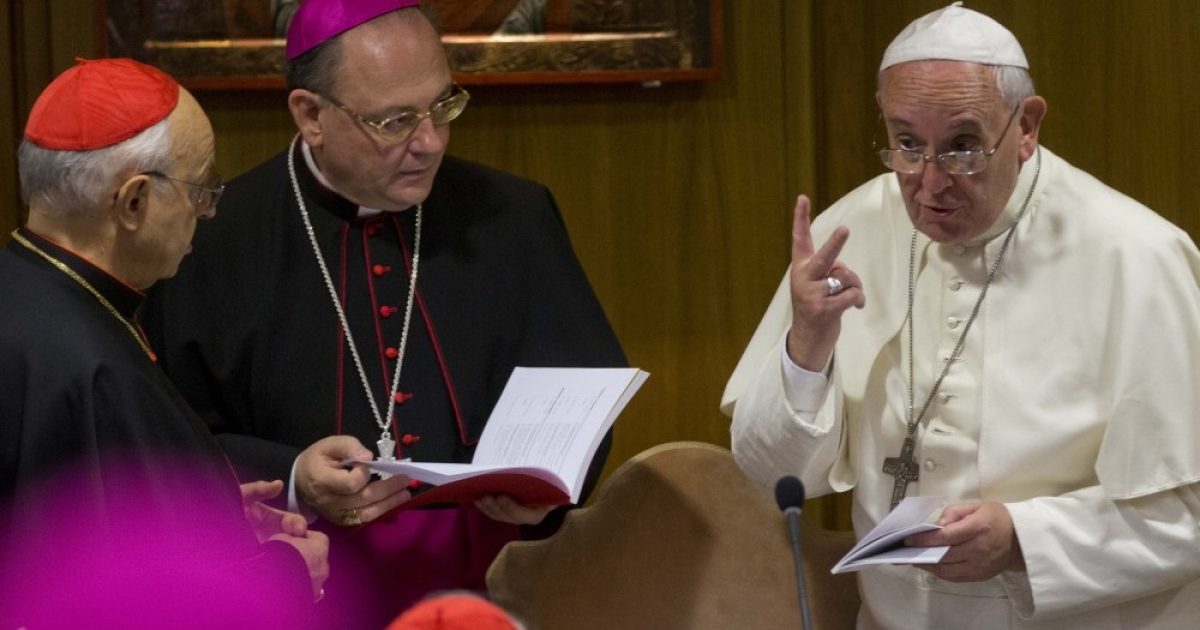 The meme is that the church doesn’t accept gays. That’s a lie.

The church accepts all sinners, including gays. The church just shouldn’t do something stupid like condone the gay lifestyle just because it’s fashionable.

So because the Catholic Church didn’t bow to pressure to “go gay,” the LGBTQ community has a fit.

The whining gays have been trying to “turn out” the church for some time, and for all we know most priests are gay. Since they take a vow of celibacy, we may never know.

Further, society is quite accepting of gays, yet gays bitch incessantly, constantly complaining. The gays have one goal: to tear down any and all things considered Conservative.

Nobody’s ever asked about gaeity in church. Come to church, hear the word, then take your fruity asses home, just like the NOT Gay…except for that “fruity asses” part.

There have been gay parishioners, gay priests, gay preachers, gay organists, gay pianists, gay choir members,  and so on in church since the beginning of time, though perhaps not openly. If gays have wanted to be open in church, then they could (and have) started their own religion. Then they are free to worship the god of their choice.

What gays want is for the NOT Gays to recognize a religion that doesn’t look at their lives as sinful.

Here’s an idea, we set up the church that allows lying and adultery, as I’d like to see the collection plate in that place.

Kevin Jackson - May 5, 2021
File this under, "I'm not surprised at all." Now we learn that a former Obama adviser stole money from a school he was associated...