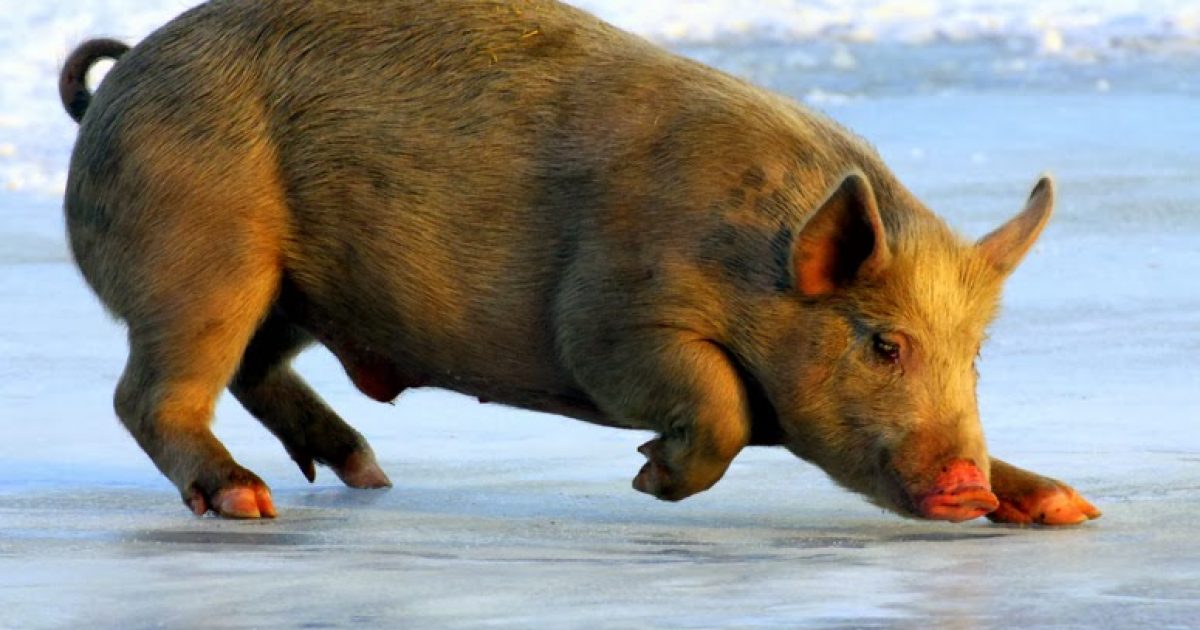 If you’ve never seen a pig ice skate, then just take a gander at ObamaCare.

Obama has done about everything he can do to keep the attention off ObamaCare, but it’s time for another propaganda campaign from the Politburo.

Here is what we are being told.

Medicare grew at roughly 6 percent annually from 2006 to 2010, but it is now growing at less than half that pace. Medicaid and the Children’s Health Insurance Program spending is down from 2.3 percent annually to 1.5 percent. And the broadest measure of health spending, National Health Expenditure, grew only 1.9 percent in 2012, slower than the economy. If you believe this, then you likely believe the unemployment numbers, and have visited Obama’s unicorn farm.

But let’s say you believe the fraudulent data, it would be premature to celebrate.

From 1990 to 1999, National Health Expenditure grew an average of 0.9 percent slower than GDP, only to about-face and average 1.8 percent over the next decade. And that was without ObamaCare pulling it legs down from beneath in the ocean. This brings us to the next problem.

Who can afford healthcare?! People still don’t have jobs, despite news to the contrary. We are being told that we are out of the recession, the problem is the economy doesn’t know it. People will buy food, and other sundries when “dead broke,” but insurance is not a high priority purchase.

Next problem is ObamaCare itself.

ObamaCare is the healthcare insurance that wants you to not use it. ObamaCare includes everything, including the kitchen sink, and that’s the ploy. Put so much coverage in the legislation that nothing is covered. The costs creates a waiting list, because people come in for everything. How better to keep costs down than to have people reluctant to go to seek medical care due to the big demand.

For those hell bent on healthcare, put high co-pays and deductibles, and out-of-pocket costs.

Don’t believe me, look at the data:

The medical component of the Consumer Price Index has risen at an annual rate of only 2.5 percent in 2014. But it is a low-inflation environment, so all prices are rising slowly; the non-medical CPI is up at a 1.9 percent rate. Since 2012, medical CPI has averaged 1.3 percentage points faster, only slightly below the 1.7 percentage points from 2000 to 2009.

These data imply that the recent slowdown reflects lower utilization of health services. This could be good news if it meant the elimination of unneeded and wasteful care, but it could also mean that families may be bypassing valuable and necessary care. They further imply that the future may hold either a spurt of catch-up spending, higher bills for untreated conditions or both.

The press is filled with premature declarations of victory against health care costs. Advocates argue that the Affordable Care Act has “worked” and health care reform is now simply a piece of policy history. The budget brethren argue that entitlement reform has become unnecessary. Unfortunately, the data do not support these conclusions. And the balance of risks argues against adopting a path of inaction.