By now you’ve heard the stories of youngsters joining ISIS, then crying to Mommy and Daddy that they made a BIG mistake. Well apparently the mistake is much bigger than the imagined.

ISIS is not the Peace Corps, where if you get tired of wallowing in crap, you can just pack your bags and head to the nearest airport to get back to the creature comforts of life.

Nope. ISIS is Hotel California. You can check in any time you like, but you can never leave! {guitar rift}

According to reports Financial Times , ISIS has executed 100 of its own foreign fighters who tried to flee their headquarters in the Syrian city of Raqqa.

An activist opposed to both IS and the regime of Syrian President Bashar al-Assad, who is well-known to the British business broadsheet, said he had “verified 100 executions” of foreign IS fighters trying to leave the jihadist group’s de facto capital.

IS fighters in Raqqa said the group has created a military police to clamp down on foreign fighters who do not report for duty. Dozens of homes have been raided and many jihadists have been arrested, the FT reported.

Some jihadists have become disillusioned with the realities of fighting in Syria, reports have said.

According to the British press in October, five Britons, three French, two Germans and two Belgians wanted to return home after complaining that they ended up fighting against other rebel groups rather than Assad’s regime. They were being held prisoner by IS.

And what’s worse for these jihadists is they can’t just “come home.”

In total, between 30 and 50 Britons want to return but fear they face jail, according to researchers at the International Centre for the Study of Radicalisation at King’s College London, which had been contacted by one of the jihadists speaking on their behalf.

I don’t wish any ill-will on anybody, but if you’re stupid enough to join radical goat-loving pond scum like ISIS, I just can’t muster up sympathy for your plight. 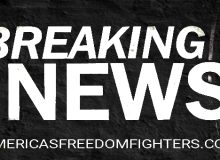