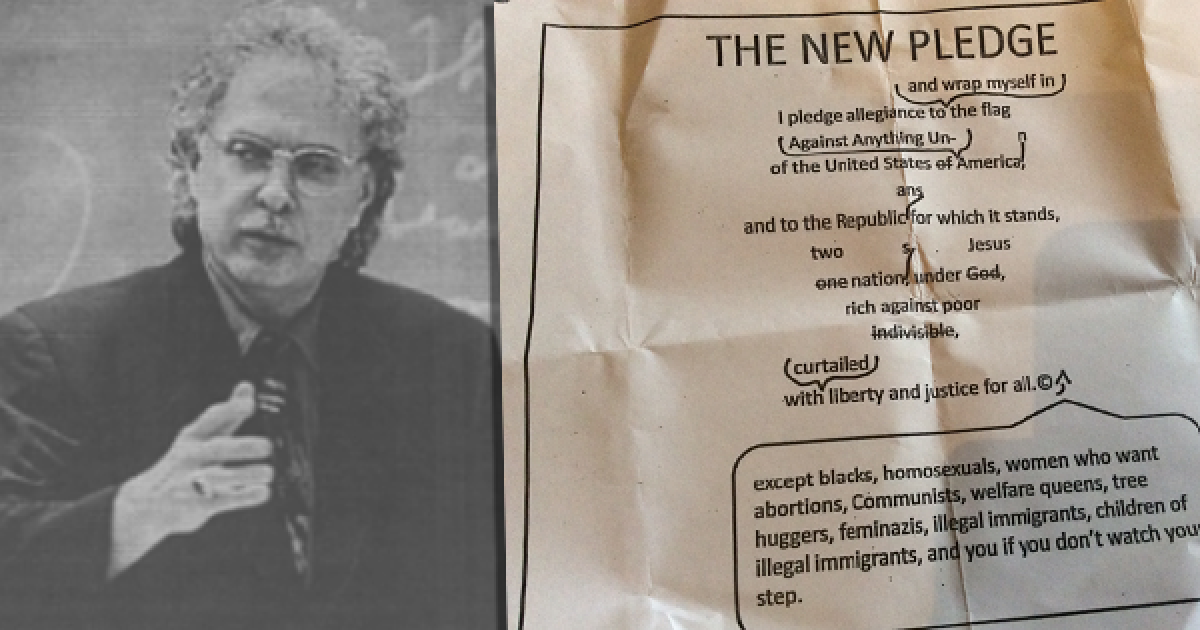 Most people don’t have the balls to say it, so allow this woman to do it for you: Liberals are Nazis.

Now a student has come forward to let the public know that Angeletti forces students to recite his America-hating version of the Pledge of Allegiance.

Angeletti ‘s lessons do not allow for opposing viewpoints,  and he “aggressively represses debate among classmates.”

If a professor like him can’t be fired, taxpayers should be able to sue for malpractice.

He believes America is a “a racist, sexist, homophobic America that targets blacks and women women who want abortions, in the name of Jesus.”

Here is the sickening pledge in full:

“I pledge allegiance to and wrap myself in the flag of the United States
Against Anything Un-American and to the Republicans for which it stands,
two nations, under Jesus, rich against poor, with curtailed liberty and
justice for all except blacks, homosexuals, women who want abortions,
Communists, welfare queens, treehuggers, feminazis, illegal immigrants,
children of illegal immigrants, and you if you don’t watch your step.”

Angeletti repeatedly affirmed his love for America, his disdain for “family values” people…clarifying that he supports diversity of thought and allows his students to “say and do anything.

Crist Compares DeSantis to Castro and Maduro, but not Hitler
The Floridian