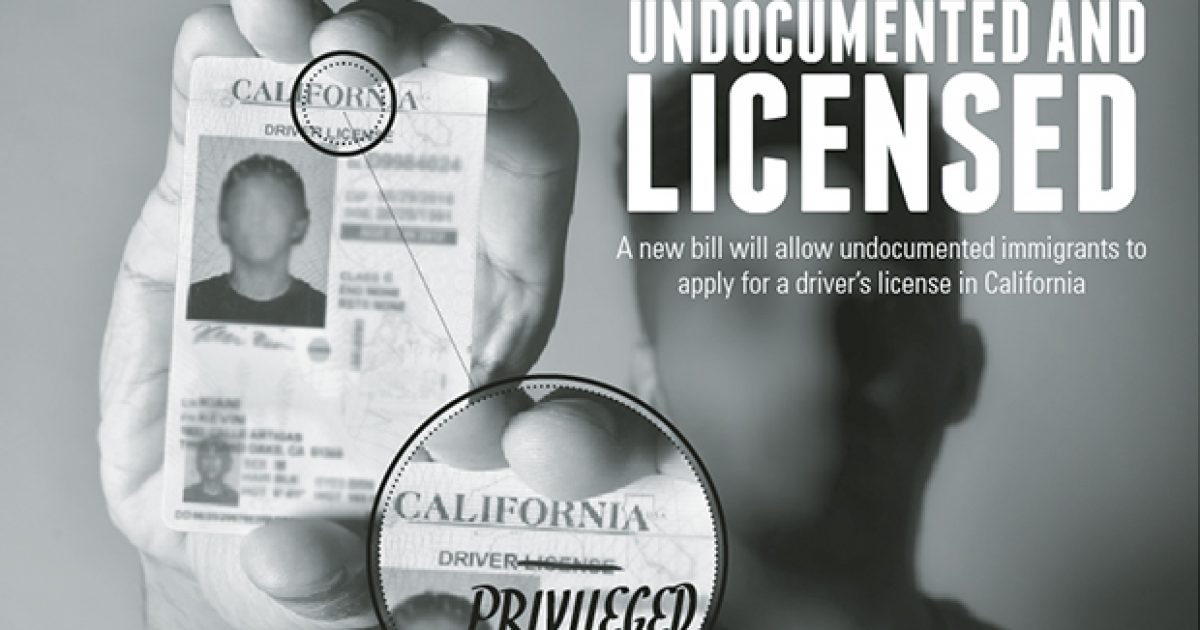 The Left always have schemes to hurt citizens, under the guise of helping some group whom the Left considers downtrodden.

And people who have violated America’s laws by sneaking into the country deserve all the amenities of citizens, at least according to Liberals.

One such amenity is a driver’s license.

Forget that illegals usually don’t get insurance, tend to drive substandard vehicles, and get more than their fare share of DUIs; illegals still have needs!

Though the idea seemed good at the time, one article I read suggested that while tens of thousands of immigrants living in the United States illegally are preparing to apply for a long-sought driver’s license in California starting Jan. 2, others are being urged to think twice.

This is because a lot of illegals have lied about who they are.

Along with illegals being criminal trespassers, many are also identity thieves. This is why many of the illegals are being advised to speak first with a lawyer, before identifying who they really are. Stealing social security numbers or other information might trigger a fraud investigation.

Also, there are many illegals with prior deportation orders or criminal records, and federal immigration officials and law enforcement can access Department of Motor Vehicles data during an investigation.

“For the vast majority of people, getting a license is a good decision,” said Alison Kamhi, staff attorney at the Immigrant Legal Resource Center. “At the same time, I think it is important people are aware there is some risk.”

You can bet that Liberals are looking for ways to help illegals get around this little procedural issue.

Regardless, California will soon start issuing driver’s licenses to immigrants in the country illegally, and their claim is this will make the roads safer and ease fears for more than a million people. California’s program is by far the most aggressive program of its type, as they lawmakers see allowing illegals amnesty is a sure way to maintain the stronghold of the Democrats.

According to sources, California expects 1.4 million people to apply for the licenses — which include a distinct marking from those issued to U.S. citizens and residents — over the next three years. The number of people making license appointments more than doubled to 379,000 during the first two weeks immigrants were allowed to sign up.

In case you’re wondering what the cost of this program will be, estimates are a whopping $141 million spanning three years. This is government after all, so expect that cost to triple when it’s all said and done.

In Nevada, about 90 percent of immigrants failed the required written test during the first few weeks a driver authorization card was offered this year because they were not prepared. In Colorado, the state had no startup funding to issue licenses this year and couldn’t keep pace with demand, leading to months long waits.

Jonathan Blazer, advocacy and policy counsel for the American Civil Liberties Union Foundation, said he expects California to license as many immigrants in the country illegally as the nine other states, Washington D.C., and Puerto Rico combined.

“If California is not able to do this right with the resources it put into this, other states will take notice,” Blazer said.

Let’s hope other states find out that yet again, they can’t afford to add yet another disgraceful act of Liberalism that law-abiding citizens will have to pay for.