A make or break event is coming up for Hillary Clinton.

Apparently, one of the worst Secretary’s of State in American history is going to testify before the Benghazi Committee.

This can’t be good for Mrs. “What difference does it make?!” Clinton.

We all know the main story, that the U.S. consulate in Libya was attacked on Sept. 11, 2012, and four Americans, including the U.S. Ambassador to Libya Chris Stevens, were killed. This attack was Charlie Hebdo, before anybody in America knew what Charlie Hebdo was.

The meme is that the Prophet Mohammed is not to be blasphemed or people will die! LOL. Muslims are cocky, when they know they have the upper hand.

The attack has remained a political hot potato for Clinton, who was secretary of state at the time. As the former first lady eyes a potential presidential bid, a number of Republicans have signaled that Benghazi will be a main line of attack against Clinton. Gowdy has subpoenaed many people who know the truth, and this is why Hillary Clinton is moving at glacial speed in announcing she will run for president. She will go through the motions, but Hillary Clinton is waiting to see which shoe will fall.

And her terrorist-sympathizing boss won’t be much help.

Look for Benghazi to be one of Hillary Clinton’s biggest problems, not that there are a lot more bones in that closet. 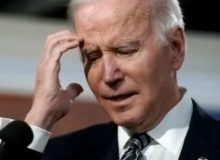