Just look at this guy’s FB thread and it’s evident that he is disturbed. All it took to drive him over the edge was a little nudge by Obama’s Department of Black Justice.

As you look at his FB post (hopefully with an Ebonics translator), you will see that he was suicidal.

People who appear to be family members try to console him, but to no avail.

In the first graphic he discusses either going to prison or being dead. 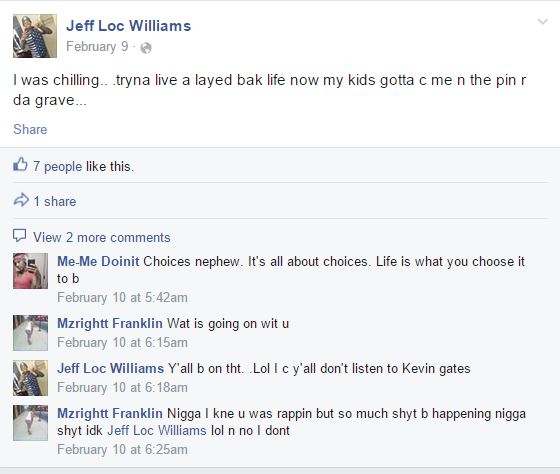 I’m not sure he’s referencing, but he doesn’t appear to have many friends, as he references being a one man show from the beginning.

Translation: people continue to let him down. 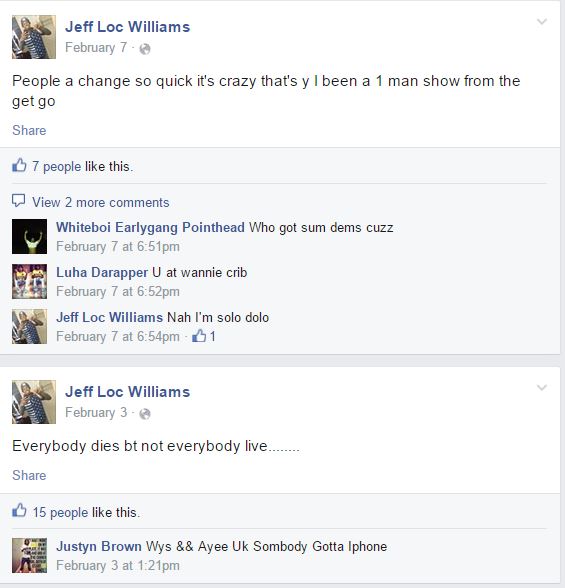 From this post we can see that he is indeed following Michael Brown, Jr. case. I haven’t watched the video of this re-enactment, but

I know how he likely saw it. 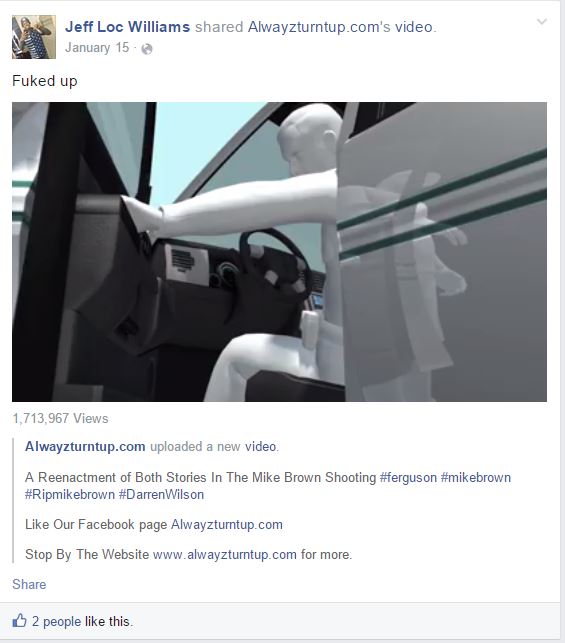 Finally, here Williams seems to hint that he has no problem shooting somebody. He implies that the “hard core blacks” are being killed off, but the

scared guys seem to be surviving. 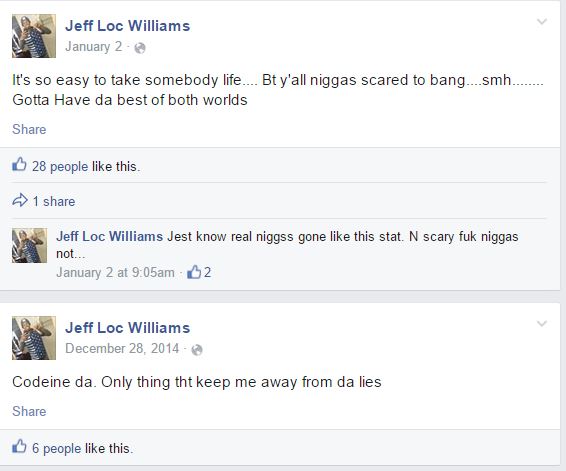 You can see family trying to talk him out of doing something stupid, they believe, to himself. 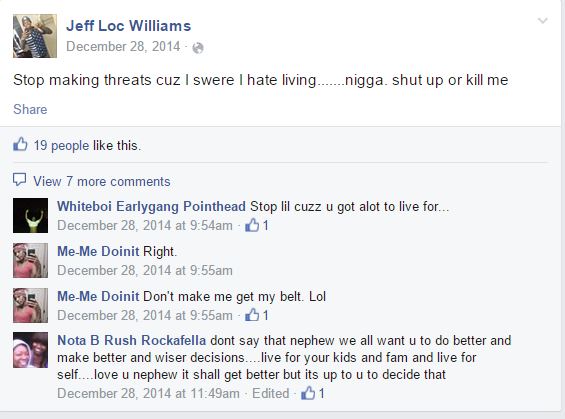 This is the culture Liberalism built!