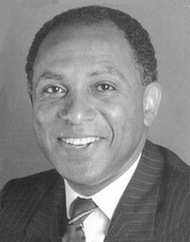 Was found dead in May 1993 from an apparent hanging suicide. He was reported to have ties to the Clintons ‘ Whitewater deals.

As written by the Washington City Paper:

On May 19, 1993, the D.C. government lost one of its early Home Rule-era leaders and most accomplished legislators. D.C. Council Chairman John A. Wilson was found dead in the basement laundry room of his Southwest home by his wife, Bonnie, and chauffeur.

His death, ruled a suicide by the Metropolitan Police Department, sent shock waves through the D.C. political scene, of which Wilson was a 20-year veteran. The longtime Ward 2 council member, who assumed the council chairmanship in 1991, was known for his own brand of brazen politics.

Each of these deaths seem to have had a cloud of mystery surrounding the event. In some cases, the victims were shot execution style, with firearms fitted with suppressors.

The public should be asking how common is it that a couple, such as Bill and Hillary, happen to know 47 people who died violent and mystery-shrouded deaths?

Related: 47 Bodies in the Wake of Hillary Clinton Part 2