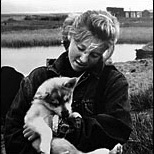 A former White House intern was murdered July 1997 at a Starbucks Coffee Shop in Georgetown (Washington, D. C.). The murder happened just after she was to go public with her story of sexual harassment by Clinton in the White House.

Reported by the Western Journalism Center:

Gunmen entered the Starbuck’s while the crew was cleaning up after closing. Mahoney’s two associates, Aaron Goodrich, 18 and Emory Evans, 25, were taken to a room and shot.

Mary herself had five bullets in her, from at least two different guns, most likely with silencers. A total of 10 shots were fired; none of them heard by neighbors in the densely populated Georgetown section.

Mahoney was shot in the chest, her face, and in the back of the head.

Even though more than $4,000 remained in the store, the police have categorized the triple murder as a robbery, even as they acknowledge the “execution style” killings.

There was no sign of forced entry. One report said the cafe was still locked when the bodies were found the next morning. George Stephanopoulos, Monica Lewinsky and Chelsea Clinton were all regulars at the Starbuck’s.