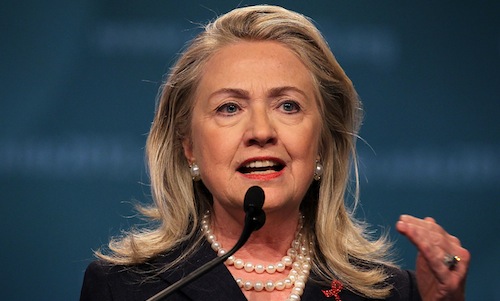 Hillary Clinton is circling the wagons and salivating over a presidential run in 2016: Hillary accrued power and her life-long dream of being POTUS is nearing.

But not so fast Hillary. Take a look at the bodies mysteriously left in Clinton’s wake! 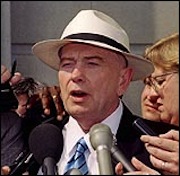 Convicted Whitewater partner of the Clintons who died of an apparent heart attack, while in solitary confinement. He was a key witness in Ken Starr’s investigation.

James B. McDougal, a former Clinton business partner who had been cooperating with independent counsel Kenneth W. Starr in the Whitewater investigation, died yesterday in a federal prison hospital in Texas. He was 58.

McDougal was serving a 3 1/2 -year sentence after Starr’s office successfully prosecuted him on fraud charges stemming from the collapse of Madison Guaranty Savings & Loan, a McDougal-owned Arkansas thrift that cost taxpayers $60 million when it failed.

His death appears to reduce the legal risks to President Clinton and Hillary Rodham Clinton, and was a clear setback to Starr and his prosecutors, who huddled in their offices last night after McDougal’s death was announced.

McDougal, who suffered from heart disease and blocked arteries, died of cardiac arrest, the Justice Department said. He had often predicted that his health wouldn’t hold out long enough for him ever to be free again.

At the White House, the president issued a statement referring to the early years of his friendship with McDougal.

“I am saddened to learn about Jim McDougal’s death today,” Clinton said. “I have good memories of the years we worked together in Arkansas, and I extend my condolences to his family.”

The key accusation against Clinton in the Whitewater land deal phase of Starr’s investigation centers on a claim by former municipal judge David Hale, who maintains Clinton urged him in 1986 to seek a fraudulent $300,0000 government-backed loan.

The money was never repaid, and prosecutors alleged that some of it was used to prop up the Whitewater Development Corp., a firm co-owned by McDougal, his then-wife, Susan, and the Clintons.

When Jim McDougal was taken out of solitary, instead of attempting to defibrillate his heart with equipment on hand at the facility, he was driven over to John Peter Smith hospital. Not the closest hospital to the Fort Worth Federal Medical Center, John Peter Smith hospital is a welfare hospital, where (in the words of one local) ,”They let interns practice on deadbeats”.