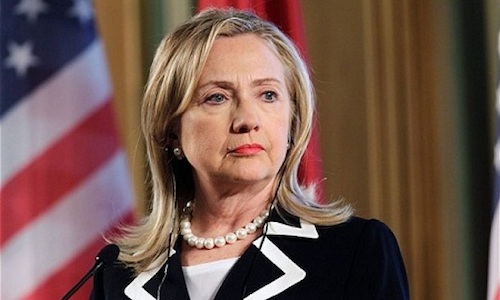 Hillary Clinton wants to prove that 2016 will be the year of the woman — she wants to check off the last item on her power grab bucket list: Madam President.

Last month I began the search into the well publicized list of 47 deaths, 47 bodies in the wake of Hillary Clinton.

But the question we should each ask ourselves is, what are the probabilities that such a number of people, closely related to Hillary and Bill, many of whom harbored troublesome Clinton secrets, would die mysterious deaths?

The probabilities are not good. Add to that the murders and even execution/hit-style murders, and this list should make every American at least uneasy.

Ex-wife of Arkansas Trooper Danny Ferguson, 38 year old Kathy Ferguson was found dead in May 1994, in her living room with a gunshot to her right temple. It was ruled a suicide even though there were several packed suitcases, as if she were going somewhere.

Ferguson was a hospital worker and her death came a mere 5 days after the death of her ex-husband’s.

The ex-wife of a state trooper who is a co-defendant in a sexual harassment lawsuit against President Clinton died in an apparent suicide.

Kathy Ferguson, 37, was found dead of a gunshot wound to the right temple early Wednesday at the home of her boyfriend, said Mark Malcolm, chief deputy coroner for Pulaski County.