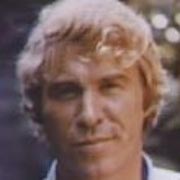 Danny Casolaro was an investigative reporter who was Investigating the Mena Airport and Arkansas Development Finance Authority. He slit his wrists, apparently, in the middle of his investigation.

Casolaro’s body was found at 12:30 p.m., August 10, 1991, in a blood-filled bath tub by a hotel maid who called the Martinsburg, West Virginia, police. The body contained three deep cuts on the right wrist and seven on the left wrist, made by a single edge razor blade.

A freelance writer who was found dead with his wrists slashed in a hotel room in Martinsburg, W.Va., a week ago was buried near here today amid uncertainty about the cause of death and evidence that he was working on an article about a major Government conspiracy.

The body of Joseph Daniel Casolaro, 44 years old of Fairfax City, Va., was discovered by West Virginia authorities on Saturday in what was tentatively ruled a suicide.

Mr. Casolaro’s family and friends said he had told them he was going to Martinsburg to meet a source for the story he had been working on for more than a year.

The case has been in the courts for nearly a decade and Mr. Casolaro’s brother, Dr. Anthony Casolaro of Arlington, Va., has told reporters he believed his brother may have been close to uncovering a major conspiracy in connection with the Inslaw case. He said in an interview today that his brother had told him in the last two months that if he died in an accident, “don’t believe it.”

Dr. Casolaro said he was very skeptical that his brother committed suicide for several reasons, including the facts that his brother had recently received numerous death threats and that none of his notes on the case were found with his body.

A finding of suicide was made by Dr. James Frost, West Virginia’s deputy medical examiner, but he said he could not rule out foul play.