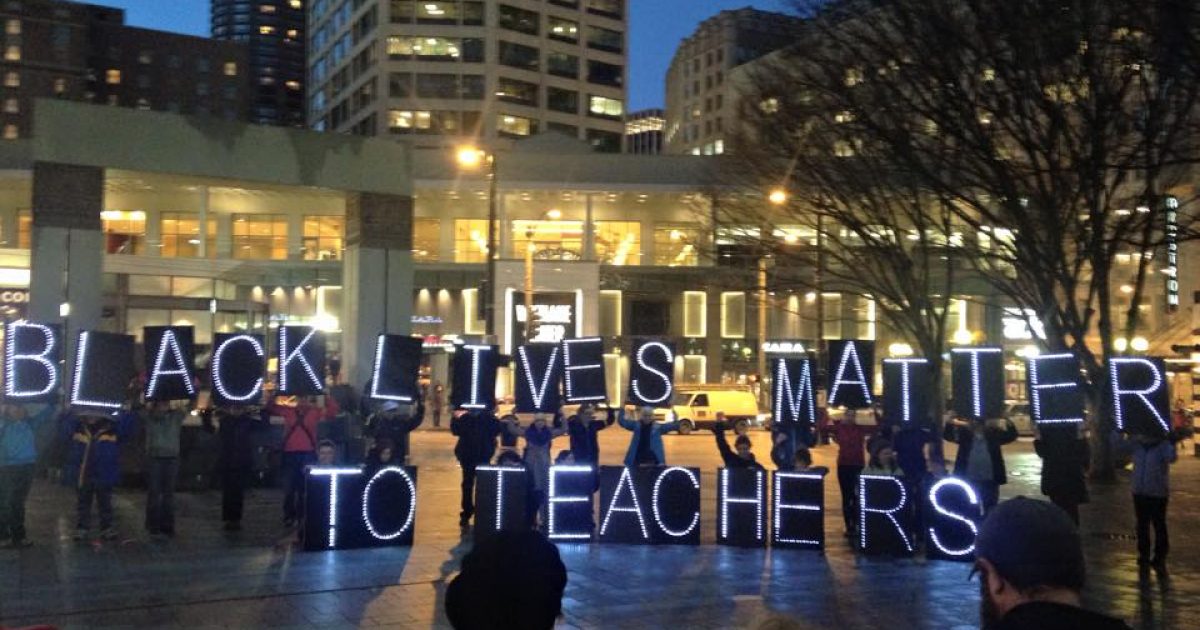 Photos of teachers from the school holding “Black Lives Matter” signs were circulated on the internet at a Missouri school.

With the sad state of American education, maybe the teachers should just focus on teaching instead of adding a social agenda, or maybe they’re just wishing they could be baristas.

It seems that teachers are far too busy promoting BS social memes, and spending far too little time educating.

The Michael Brown situation provided a great avenue for teachers to discuss what happens when people jump to conclusion and innocent people–like the store owners–get hurt. Further, the message of “Don’t be a thug,” was apropos.

Instead, teachers are promoting ethno-centric nonsense.

I don’t think that there was every any intention that teachers were taking a stand of some sort of another. I have talked to parents about these students about this.” she [Principal Jenny Marquardt] said.

Trending: Biden Greeted by NOBODY While Visiting Louisiana

At this point students can have discussions at anytime. Most of them taking place in English and Social Studies classes. In the end teachers say the talks have been fruitful and beneficial to those who participate. All of the signs are stored in the classrooms.

Show support for students? Promoting a meme based on a lie is not a show of support.

Further, ALL lives matter is a better message.

Enough placating of blacks has been done to last ten lifetimes, and its time America understands that this country doesn’t judge on color, but character. I seem to have heard that somewhere?

Kevin Jackson - May 7, 2021
I may have to watch the Olympics this year. I'll explain why in just a bit. Perhaps the real question is, in today's "woke"...