America has reached the pinnacle, as a man faked being black.

There are many black Liberal who thought this day would never come. I know getting a black-looking president was a big deal, but a dude trying to pass as a black man may very well be the Seventh Sign.

Check out the bandito who wanted to be black.

From America’s Freedom Fighters we learn:

A Mexican thug in California was arrested by police after trying to hide from them by spray painting his entire head black. What a moron!

Police say they weren’t fooled, “The camouflage was ineffective,” the police department announced in their Facebook post.
According to a post on the City of Madera Police Department’s Facebook page, the man named Jose Espinoza ran from an allegedly stolen car.

Police say Espinoza tried to spray paint his face black in order to hide from police- it didn’t work. He was arrested and booked into County jail and is being charged with receiving stolen property and theft of a vehicle. 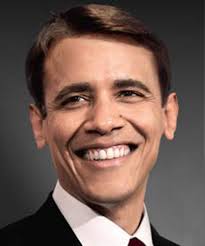 Times they are a changin’. We have half-white men passing for black, and not this! Talk about redefining “blackface!”

Isn’t there a law against this, as this is not simple identity theft, but IDENTITY theft.

I guess we now live in a time when #BlackLivesMatter!