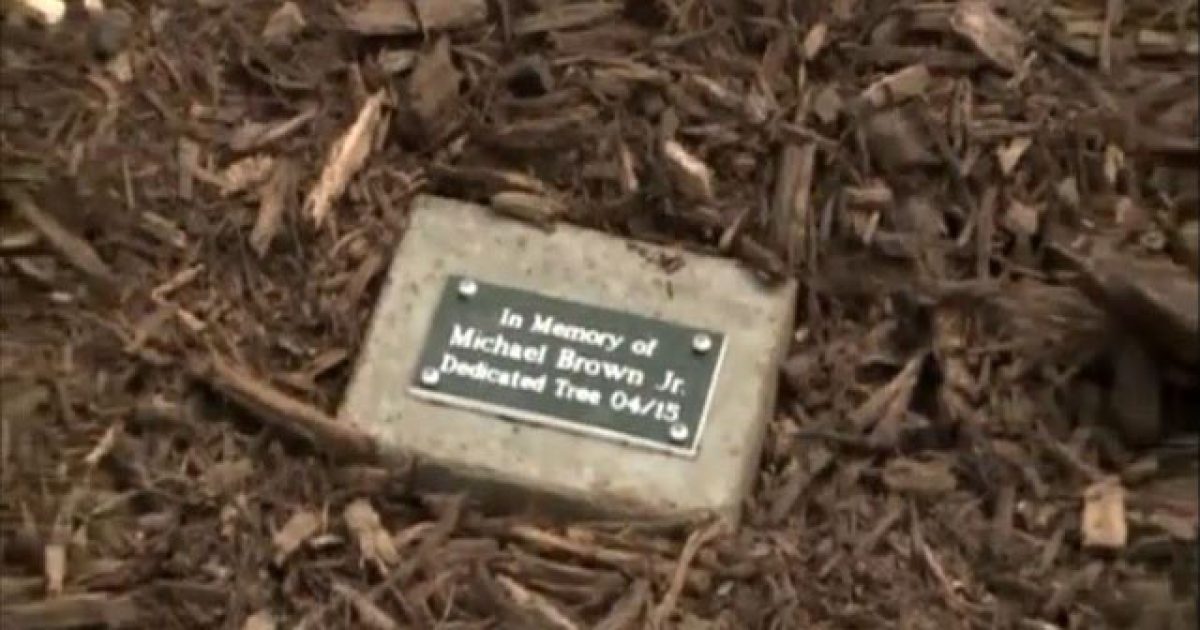 In the Era of Race Pimping, and the support of ethno-centric black Liberal nonsense, let’s give black teen thug Michael Brown a memorial.

Who are we to deprive Americans of the notion that black Liberals are stupid enough to build a cause around a LIE?!

That’s why the other day a living memorial tree was planted at January Wabash Memorial Park in Ferguson, Missouri for Michael Brown, Jr.

The Black Caucus of the American Library Association organized the event, saying

Despite knowing that #HandsUpDontShoot is a blatant lie, Leftists still want to propagate the lie.

UPDATE: The tree was cut down the very next day. Officials say they are “looking into the vandalism.”