As Reported by Time:

Even as the paid-membership review service Angie’s List has announced major plans for expansion and increased hiring, investors are bailing on the company. 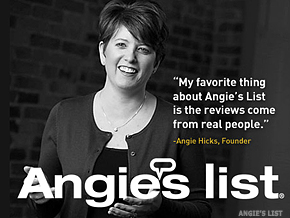 The recent plunge stemmed largely from the release of disappointing third-quarter results. Even as the company decreased marketing expenses by 20% and increased membership revenue by 7%, a slowdown in paid memberships and the failure to meet profit revenue expectations have apparently spooked investors.

Angie’s List watchers have been on a particularly wild rollercoaster ride of late. Roughly one month ago, a report surfaced indicating that the company had hired investment bankers to explore the possibility of putting Angie’s List up for sale. Shares of the stock rose more than 20% on the news but were still down more than 50% compared to a year ago.