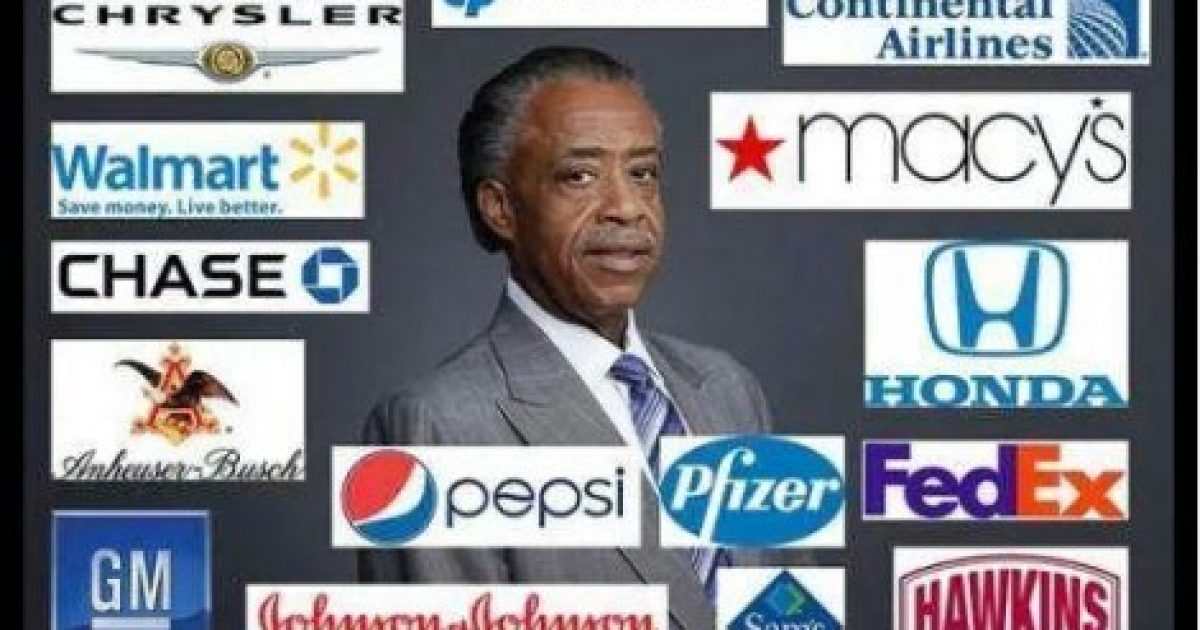 There’s no such thing as “dirty money.” And in some cases, corporations are willing to sponsor terrorism, if it will keep them out of the cross-hairs of the race pimps.

Every one of these companies should be put on a terrorism list, as they are supporters of one of America’s biggest domestic terrorists.

This man is worse than radical Muslim imams, and is a man who has more access to the president than foreign heads of government.

Let’s let these companies know that if they support Al Sharpton, we won’t support them!

Most of the sponsors on this list failed to respond or declined to comment when NR sent inquiries regarding their sponsorship, and whether it could be considered an endorsement of National Action Network.

“Editor’s Note: This piece originally incorrectly listed the National Association of Insurance Commissioners as a sponsor of NAN’s annual conference. While the list of sponsors obtained by National Review included a “NAIC,” a spokesman for the National Association of Insurance Commissioners confirmed that that organization was not in fact a sponsor. We regret the error.”