At one point, it looked as if DWS would be NFL (not for long), particularly in light of the shellacking the Democrats took in 2014. Yet, DWS is hanging on like a hair on a biscuit.

And in honor of her ability to thrive through adversity, DWS hit social media, bragging on Twitter how she was “ready as ever to keep fighting for #progress.” 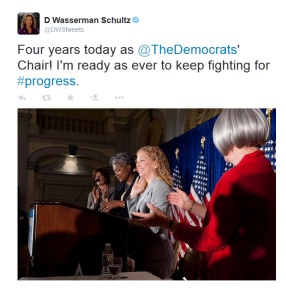 Unfortunately for Little Debbie, the majority of people that responded to her Tweet pointed out all the negative things that have happened under her watch.  One person responded with this:

“Your leadership has led to the biggest loss of seats Congress has ever seen. 4 more years please.” 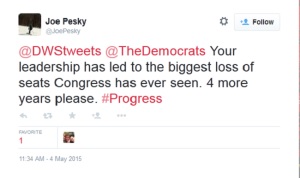 For more, visit The Shark Tank