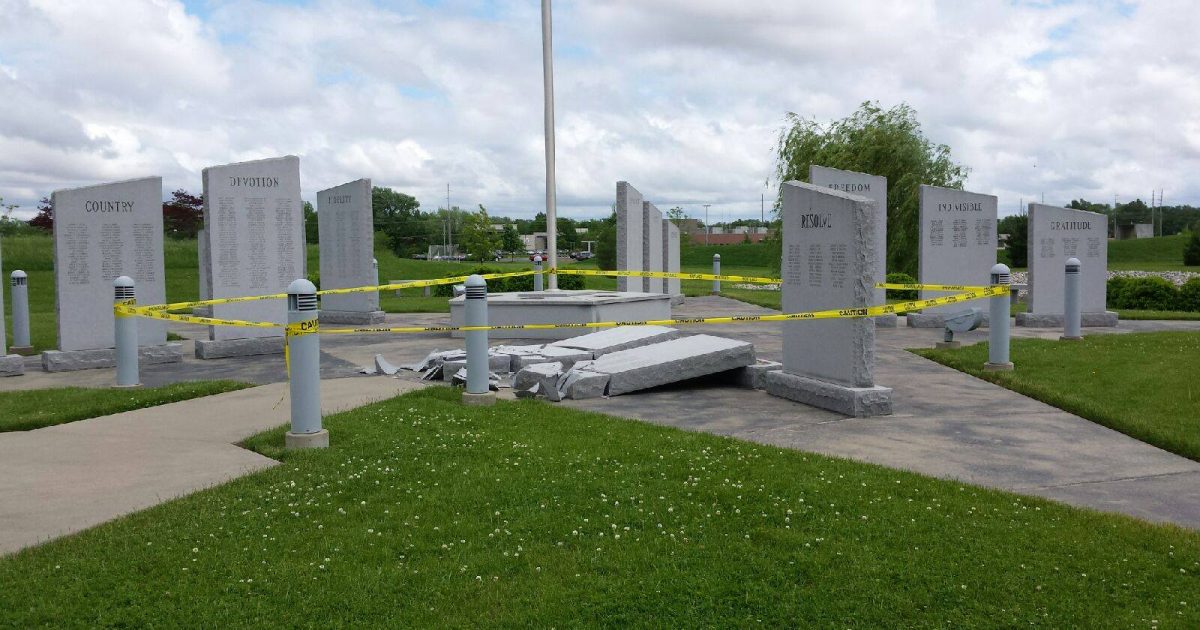 Liberals have always disrespected the military, while acting as if they care for America’s warriors. This disdain for our fighting men and women is evident in how they are treated at the Veteran’s Administration hospitals, where the government is embroiled in scandal.

That’s not the only place veterans are being shown dishonor, as recently some of these disrespectful rogues vandalized the city of O’Fallon’s Veteran’s Monument.

Here is the press release on the incident.

On Monday, May 11, 2015, at approximately 9:00 a.m. O’Fallon City employees discovered that two large stone name panels, which are part of the O’Fallon City Veteran’s Monument, had been toppled and smashed sometime over the weekend. The cost to replace the two tablets and engraved names on each tablet is estimated to be over $10,000.00. The O’Fallon Police Department is investigating the damage as a criminal damage to property incident and is offering a $1,000.00 reward for any information leading to the arrest and conviction of the responsible suspect(s).

Anyone having information regarding the damage should contact the O’Fallon Police Department at (618) 624-4545.

It’s doubtful they will catch these hooligans. But if they do, I would wish they would let me or some of my special forces friends have at them for just a minute.

This type of disrespect for America and our veterans is a direct result of Liberalism. I only wish I could fund to replace this monument, put up security, so it never happens again. And I would offer a $1 MILLION reward for information leading to the arrest!