After being called out by The Gateway Pundit, MSNBC took down a video mocking a police officer being dragged from a car by a suspect fleeing the officer. MSNBC deleted their report but not before The Gateway Pundit saved a…

Oddly, NowThisNews promotes the video (seen below) as straight news with the headline, “Suspect Drags Cop During Getaway Attempt” but it still has the circus clown music and mocking storyboard captions. The video ends with a graphic featuring the combined logos of MSNBC and NowThisNews. 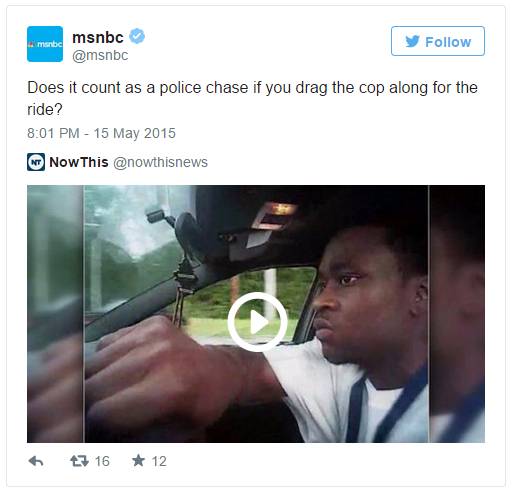 California Shoppers: PREPARE to Get WOKE

Tiffany Layne - March 8, 2021
In a bold move from California legislators, stores will now face fines of $1,000 if they have separate boys and girls departments! Holy Mary mother...