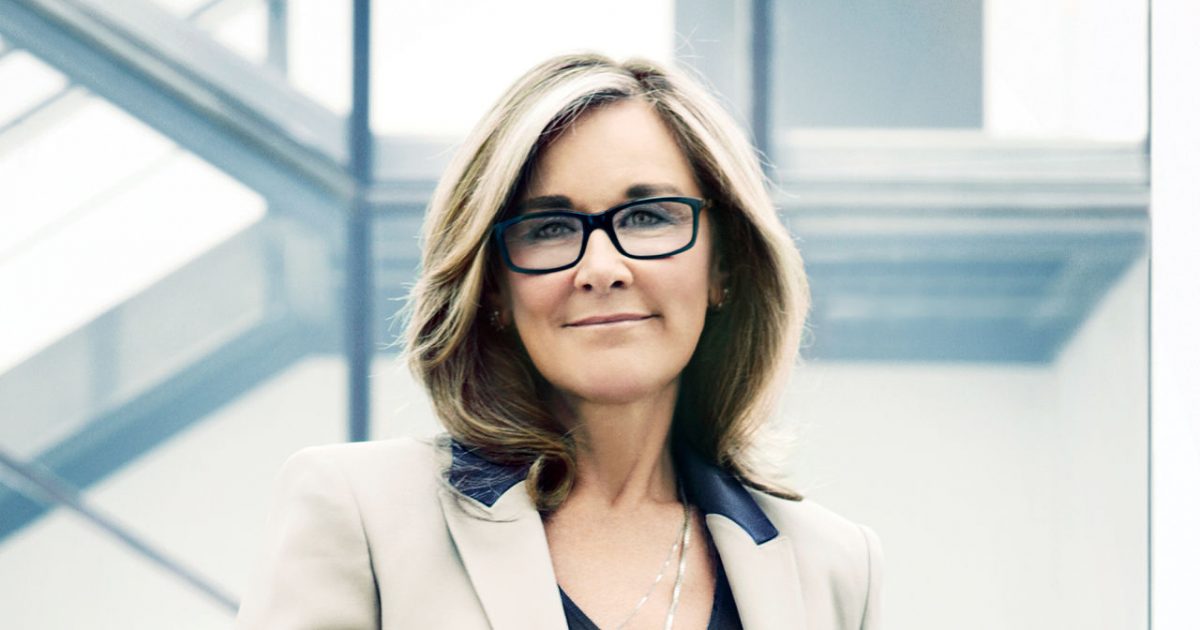 How did men miss the war on these chicks!?

Guys must have gone union, and somebody forgot to show up to work, because there are some women getting paid.

Like Apple’s Angela Ahrendts. Ahrendts is the senior vice president of retail and online stores, was the highest-paid female executive in the U.S. last year.

According to data compiled by Bloomberg, the former chief executive officer of London-based fashion retailer Burberry Group Plc was paid $82.6 million in 2014.

The 54-year old Ahrendts only joined the world’s most-valuable company in May 2014, becoming the first woman on its management team. What took Apple so long?!

Analyst predict that Apple will be the first company in history to have a $1 trillion valuation, as its stock price continues to rise. One can only guess that Apple feels they are big enough that bringing a woman in won’t screw things up?

Before you call me a misogynist, understand that it’s Apple who hasn’t had a female exec…EVER! Don’t shoot the messenger.

What was in the long overdue token woman executive’s package? A sign-on bonus and a make-whole grant for awards left behind at Burberry. The pay package is currently valued at $105.5 million. Think about it. It’s not like Apple has been struggling with retail or online sales. For all intents and purposes, they could have hired my sister to do this job. And she would have done it for a lot less.

Josh Rosenstock, a spokesman for Apple, wouldn’t comment on her compensation, and I don’t blame him. But Ahrendt is not the only exorbitantly paid female, as she displaced Yahoo! Inc.’s Marissa Mayer.

And if the War on Women hasn’t been proven to be enough of a farce, there are eight women on the Bloomberg Pay Index, a daily ranking of the top-paid U.S. executives.

Mayer may need to cut back a bit, however. Since more than 95 percent of which is comprised of stock and options, the value of her comp package has fallen $45 million, says the Bloomberg data. What will she do?

Don’t expect the Left to decry executive salaries, as long as this crazy amount of money is being made by Leftist companies and given to the downtrodden.