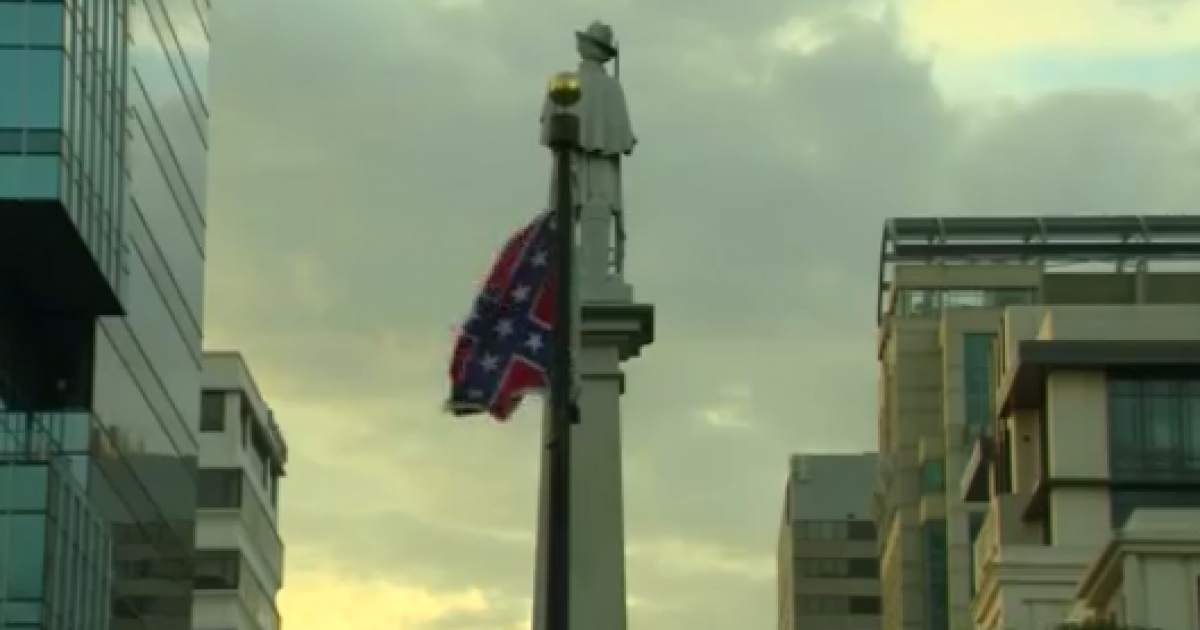 Protesters in South Carolina have begun burning Confederate flags and defacing monuments as the debate as to whether or not the flag should fly over the state’s capital intensifies.

As Reported By The Daily Mail UK:

It has been reported that when asked to stop during the brutal killings, Roof said; ‘No, you’ve raped our women, and you are taking over the country … I have to do what I have to do.’

READ FIVE FACTS ABOUT THIS FLAG YOU NEED TO KNOW

WATCH BELOW: Thousands turn out in the South Carolina capital, Columbia, to demand the removal of the Confederate flag from the state house grounds. Paul Chapman reports.

See all the images and more on this story here: