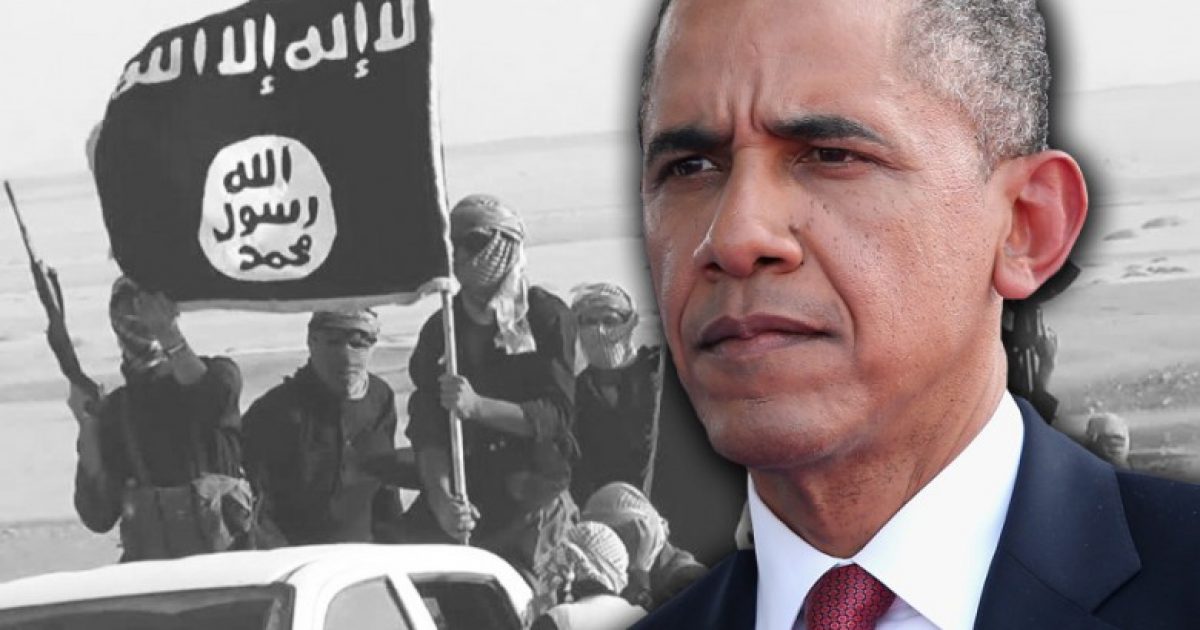 I recently read an article quoting Marine Corps Brig. Gen. Thomas Weidley, chief of staff of the Combined Joint Task Force for Operation Inherent Resolve, who is fighting ISIS in Syria and Iraq.

He describes ISIS as being on the defensive. Now, I’d be the first to admit I’m no military expert, but defensive would not be the first adjective that comes to mind when describing ISIS at this stage in the game. Other words that don’t describe them would be junior varsity, victimized, sluggish, unemployed, and certainly not under-funded.

“The general said ISIS is changing its fighting tactics, which signals the group is on the defensive. When coalition airstrikes began in August, ISIS fighters would cover their vehicles and started wearing Iraqi Security Forces and Kurdish uniforms. “This isn’t the actions that an offensively minded, conventional force starts to undertake,” Weidley said. “They’ve started to transition to the defensive when coalition air started to enter the battle space.” Read more here.

ISIS is not a conventional force. To my understanding they are an asymmetrical body. They know they can’t stand up under the full might of the United States military, so they use terrorism in the most brutal ways to break the will of any who would counter their offensive. Craig Hatkoff and Rabbi Kula describe it well in a September, 2014 Forbes article entitled, “A Fearful Scimitar: ISIS and Asymmetric Warfare”. They said, “…since the 1950s in wars and conflicts pitting Davids versus Goliaths, Davids come up the winner most of the time; the unconventional ‘weaker’ actors beat the conventionally stronger actors not by quality or quantity but by resilience and resolve. With no chance of overpowering the military might and sophistication of their enemy, the weaker actor must rely simply on strategies and tactics that will inevitably break the political will of the superior power.” See here.

Who in the world would describe America’s political will to be strong on anything save, gay marriage and commemorating trans-gender and homosexuals? At least that is the message from this president.

Regarding funding, several articles within the last week report that ISIS in Iraq and Syria has raked in some 323 million dollars by smuggling migrants fleeing the war torn areas like Libya. The migrants apparently pay armed thugs thousands of dollars to board unseaworthy boats to head to Europe. Being that this is such a lucrative market, experts in international crime think ISIS may be targeting their attacks in order to drum up business for themselves. Makes total sense to me. They would make “buku” bucks and further their Hijra or the seeding of Muslims in non-Muslim lands, killing two birds with one stone so to speak. For a definition of the Hijra.

“Aside from oil, ISIS has recently earned between $22 million and $55 million a year taxing antiquities smugglers, who traffic looted objects out of Syria and Iraq, and between $168 million and $228 million a month taxing small businesses and residents in ISIS-controlled areas, according to the January intelligence report, which said ISIS has “a robust budget for a group numbering in the 30 to 40,000 range.” the Time article reports. Since the quoting of the general, Ramadi has fallen into ISIS’s hands. Now they will start gleaning money from businesses in that area, and the cycle continues.

Europe is not the only targeted continent for migrants fleeing the onslaught of Islamic terror, the United States is expected to take in one million refugees over the next five years according to the United Nations. Now doesn’t that just give you a warm and fuzzy. I’m sure that in those one million not too many will be jihadists. If it is just one percent, the number that is touted by some as to how many radicals are out there, then we are just talking about 10,000 radical Islamics living quietly in our neighborhoods. I’m sure they wouldn’t bother anyone. In actuality,”… some tens of millions of Muslims all over the world sympathize with the goals or tactics of terrorist groups-or both.” See story here.

Obviously you get my sarcasm. The simple fact is we have to vote for a huge change in 2016. This administration seems hell-bent on woefully misrepresenting our enemy, and furthering immigration policies that have been in place for approximately 40 or 50 years. Both are dangerous to our American way of life. It is past time we get to know our congressmen and senators personally, so they recognize our voices as we enter their offices to share our concerns. At some point America needs to be on the offensive when dealing with this Islamic ideology.