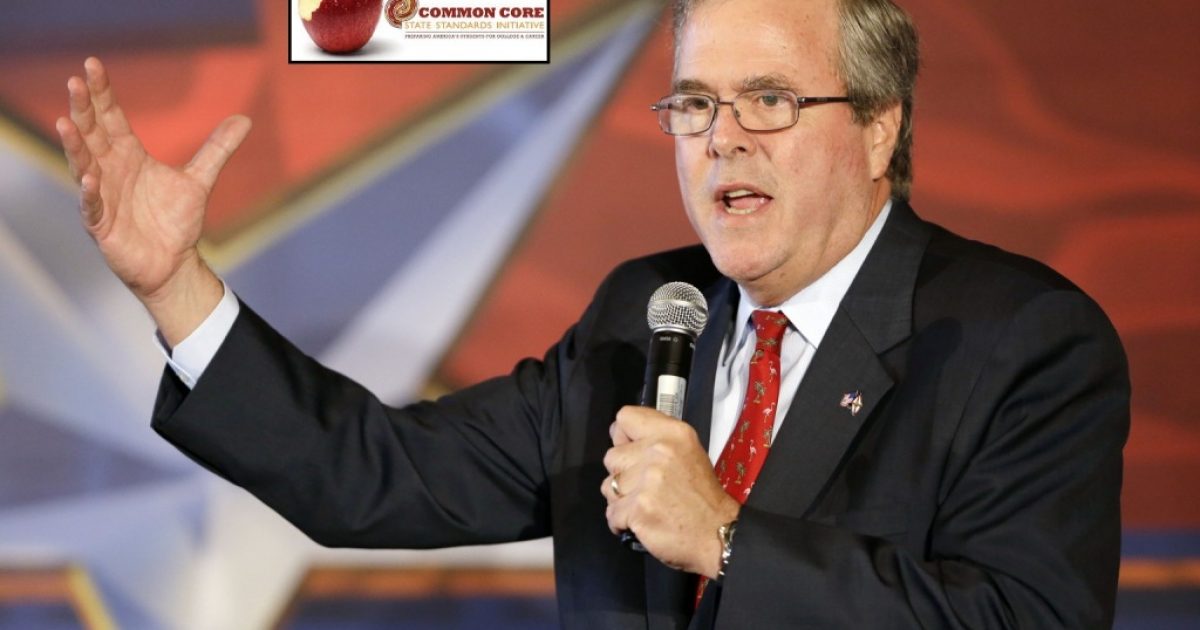 There is no better reason than Common Core to keep Jeb Bush out of the general presidential election. Common Core is to education what Whole Language is to reading. Whole Language (originally known as “look say”) has turned out more illiterates than sex education has teen pregnancy.

Did you know that prior to the “look say” method being thrust upon us, dyslexia was almost unknown? This method was introduced in 1935 and by 1940 dyslexia became a household word. Dr. Samuel Blumenfeld has written many articles concerning this, yet they have pretty much gone unnoticed. Initially this method was developed for the learning disabled, so they would have some opportunity to read. It was not developed for the average learner.

Common Core in many ways seems to be a method for the learning disabled. A math example is, if you had 18 children in a classroom, how many times would you have to go around the room to reach 90? If you answered 90/18= 5 your answer would be marked wrong. Using Common Core, the student needs to draw 18 circles, then draw a line in each circle until they reach 90, then count the number of lines in each circle to get your answer of 5. So, when you hear the term teaching to the lowest common denominator, they are referring to this method.

From what I can see, the Bush family is deeply involved in the trilateral commission or the desire for a one world government. George Bush Sr. said – “We have before us the opportunity to forge for ourselves and for future generations a new world order. When we are successful, and we will be, we have a real chance at this new world order.”
George W Bush- On September 11, the president added a fifth objective. He said, and I quote:
“Out of these troubled times, our fifth objective- a new world order –can emerge. We are now in sight of a United Nations that performs as envisioned by its founders.”

If this does take place, it would most likely mean America would lose its sovereignty, and in order to succeed at something this drastic, your citizenry would have to be easily regulated and distracted. John Dewey said, “Children that learn to read too well and at too early of an age, will be able to think for themselves and would cause anarchy.” So it seems that reading and being well educated could be a deterrent to the new world order. This very well may be why Jeb Bush is in favor of Common Core, as it will prevent our new citizenry from thinking for themselves. Thus, the distraction from the new world order will emerge.

Jeb Bush said, “standards are different than curriculum” and “I would be concerned if we had a national curriculum influenced by the federal government. My God, I’d break out in a rash.” Yes, standards are different than curriculum. However, curriculum is written according to the standards. So while that is a true statement, it is very misleading.
Personally, I have no problem with a national curriculum, as long as it reverts “Back to the Basics” of what education is all about: teach reading phonetically, math without calculators, the 5 W’s of America’s foundation, geography and physical education. Remove all of the social subjects: sex ed, multiculturalism, environmentalism, drug prevention, etc.

If we have a desire to save America, our initial action must be to save education. Jeb Bush is definitely not the best candidate for this massive goal.