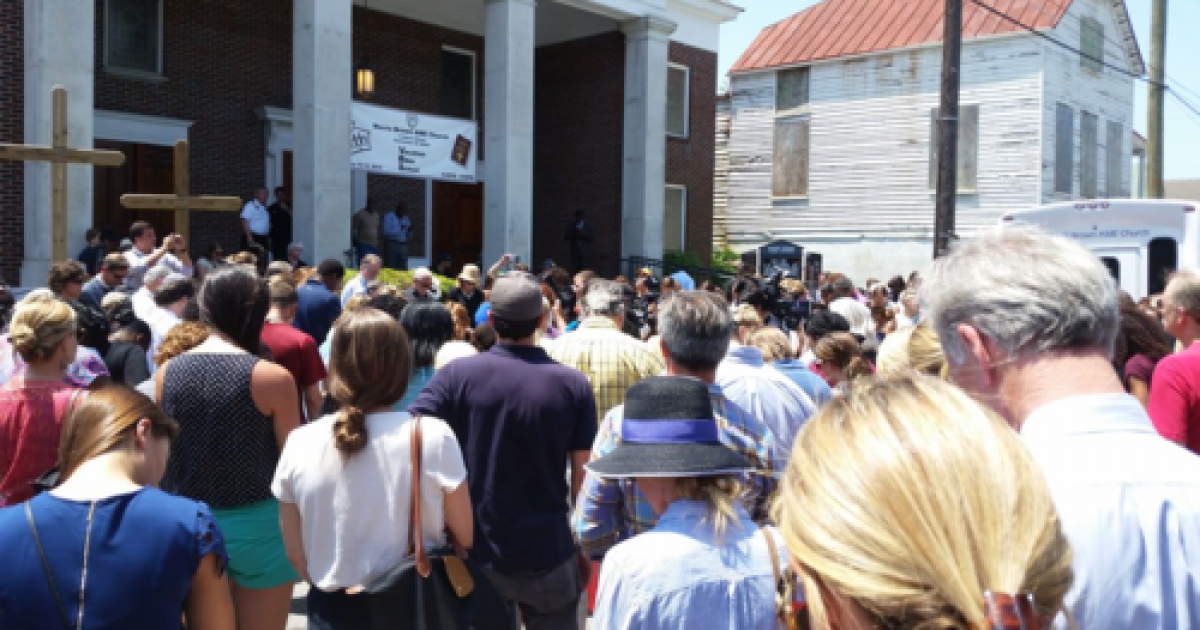 When the initial shock and outrage over the tragedy in Charleston, SC ran its course, the left fully intended to continue their efforts to stir up racial animosity, dancing on the graves of the victims. Once it became clear that the residents of Charleston are not going to let the senseless murders stand in the way of loving their neighbors, the Left panicked at the overt displays of racial harmony and had to divert our attention and the Confederate battle flag provided them the perfect way to do it.

The decision to remove the Confederate flag from the state capitol, is and should be, up to the South Carolina state legislature. If they decide to remove it, nothing else will change for the Southerners who are proud of their heritage, but neither will it change anything for black Americans who believe they are the victims of racism. The flag had nothing to do with the murders of 9 church members in Charleston, nor will removing it prevent the next senseless act of violence from occurring.

The truth is, the Confederate flag has nothing to do with any of the problems America is facing, racial or otherwise, whether it is flying above a state capitol or painted on top of a car called “The General Lee”. The only thing removing it will accomplish will be to give liberals a sense of accomplishment and something they can point to and say, “See what we did for the black community”, when in fact they have done nothing of substance for anyone.

If the Left is truly interested in helping black Americans, I have a few suggestions. First, follow the maxim premum non nocere, or first, do no harm. This of course, would require Liberals to abandon pretty much their entire political agenda, so there is little likelihood of that happening.

Another step would be to abandon their efforts to convince people, not just blacks, that they are incapable of doing anything on their own and need the government to provide everything for them. Contrary to what they tell us, we did build that, and if the government will stay out of the way we will continue to do so. Americans of all races have demonstrated an amazing ability to invent, innovate, and create, and that spirit can continue to grow and thrive if the heavy hand of government could be removed from our necks.

Perhaps the most important thing they could do however would be to end their efforts to drive wedges between us by fomenting racial tensions every time the opportunity arises. Divide and conquer is a tool that is very effective, and it is one that the Left has become quite adept at using. Since division immediately precedes conquest in that phrase, perhaps it is time for us to recognize that conquest is their goal and stop allowing them to divide us.