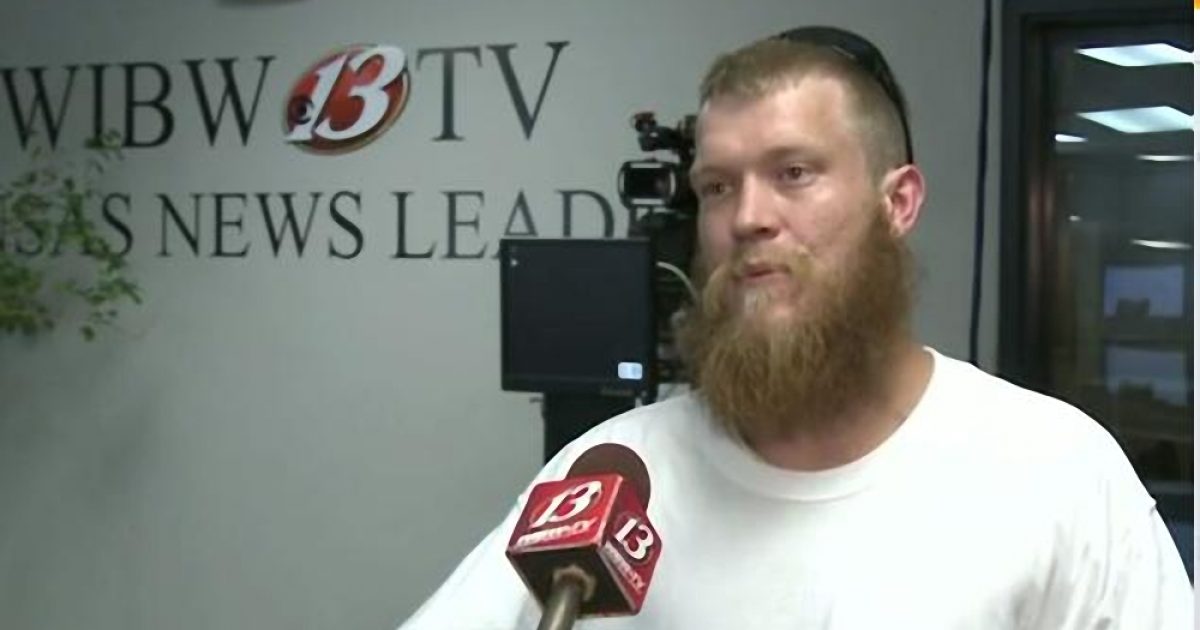 An armed citizen named Joey Tapley followed them out to the parking lot, where he pulled his firearm, and told them to drop the stolen goods.

“I told him drop the gun man, mine is loaded, just drop the gun. We made eye contact for a second or two and he dropped two guns and ran.”

Kansas recently became a constitutional carry state, with no permit required for having a concealed weapon. It seems that it paid off.