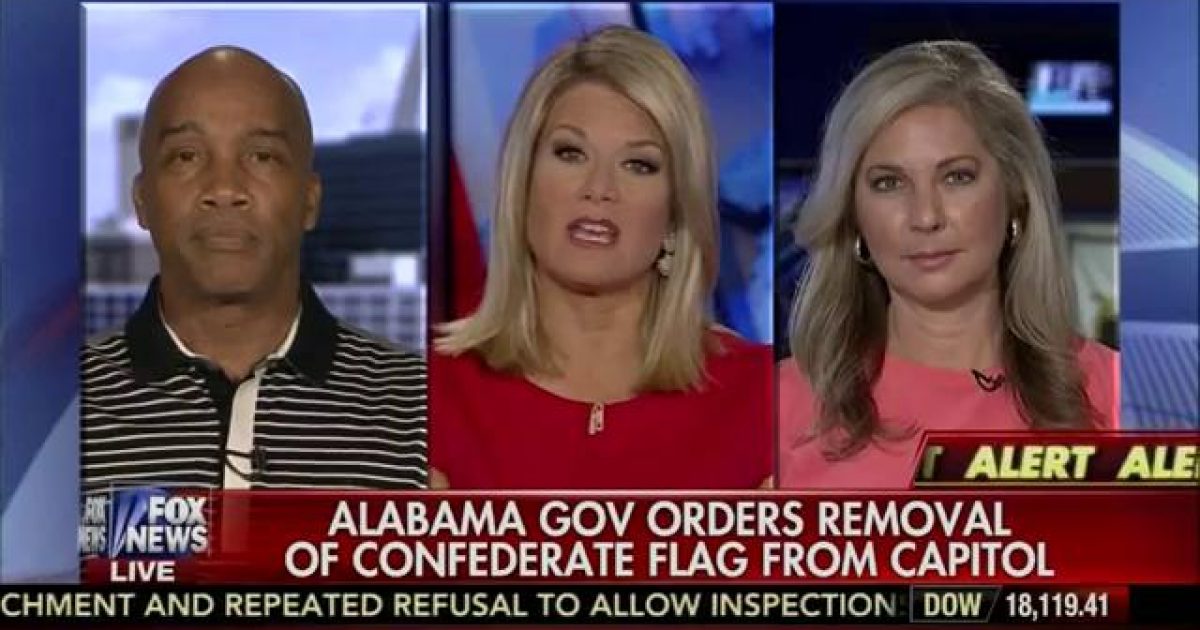 How the Left used the shooting of nine people in a church to get rid of a Southern icon is amazing. It’s textbook Liberalism. Anybody who would allow such a thing to happen is a moron, at least according to The Black Sphere Executive Director Kevin Jackson.

Kevin makes the case for leaving the Confederate flag alone, in this video:

The Confederate flag should not scare anybody. The idea that Liberals (including some Republicans) would believe black people to be so weak as to be afraid of a flag is racist and patronizing.

Did Katie Couric Push Too Far?

Trump Steps Up for Troops After Biden Betrayal

Democrats and Their Global Communist Order