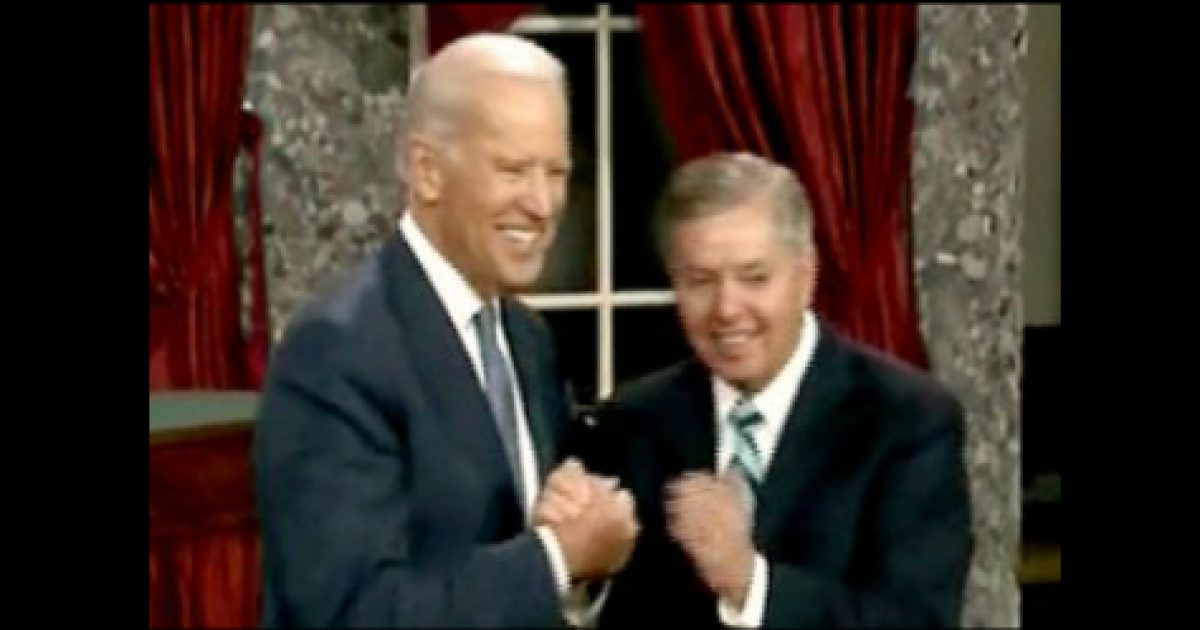 South Carolina, is Lindsey Graham the best you can do? What could he possibly have on your state to get elected year after year as a senator?

Is Graham threatening to tell the world that South Carolina was once a SLAVE STATE? It’s ok, Affleck…we know, so get rid of this moron already!

Graham almost broke out into tears when talking about his friendship with Democratic Vice President Joe Biden, saying of Biden:

“…as good a man as God has ever created.”

If Biden is the gold standard for God’s creation, then I’m going to have to consider becoming an atheist.

Biden is indeed God’s creation, but even God would admit that at least politically, Biden is a first-class moron.

I know, people may still be giving Biden some space, since the lost of his son, Beau. But for me, the time of mourning is over. When my mother died, the next day it was “business as usual.” Time to grow up Joe, and certainly Lindsey.

No, I’m not being heartless. The fact is that Graham is as useless as T-Rex arms.

In a videotaped excerpt of an interview with The Huffington Post, posted Friday, Graham talks movingly about how Biden has dealt with the death in May of his son, Beau Biden.

“He’s THE nicest person I’ve ever met in politics,” Graham said. “He’s as good a man as God has ever created.”

Biden may very well be the nicest person Graham has met in politics, which doesn’t say much for politicians, or at least the ones Graham has met. Biden is a liar, and about as dumb as road kill.

I know I speak for many Americans when I tell you that I’m sick of Republicans like Graham. And does he legitimately think he has a shot at being president? Graham is embarrassing to the Conservative movement, and to the Republican Party.