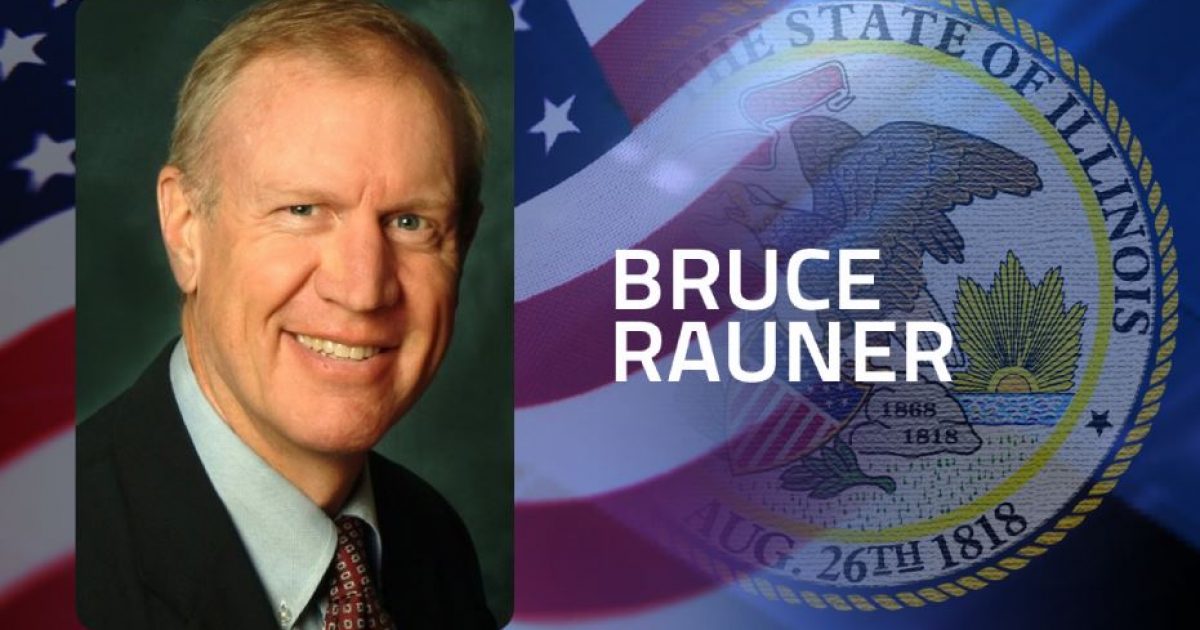 The new governor of Illinois is a force to be reckoned with.

A billionaire businessman who is running that state like he doesn’t work for a paycheck! The Left is finding out that when you have a man who isn’t in office for power or money, the state can only benefit.

This means Leftist in Illinois will need to find a new source of income.

If Governor Bruce Rauner gets his new plan to reduce the underfunded pension systems, many money-sucking Liberals will have coronaries. Yes, Liberals’ gravy chain will have left the station without them.

The governor’s tier system will stop collective bargaining on the big money issues like wages, vacations, and overtime, and begin a five year salary freeze beginning almost immediately. Police, firemen, and teachers would all be affected. Yes, even the “sacred cows!”

What! Police, firemen, and teachers should be excluded from paying their fair share? Because they have UNIONS? I think not. Everybody in society contributes, so even the sacred cows have to give up some oats.

State employees have three tiers from which to choose, things like postpone retirement or take cuts to cost- of -living increases during retirement. The options would be about the same for teachers.

Mayor Rahm Emanuel’s proposal for Chicago is included in the plan which he calls, “a good thing,” although he doesn’t support Rauner’s bailout idea for Chicago public school’s Chapter 9 bankruptcy. For Emanuel to accept any part of this shows you just how bad things are, at least in the bluest of the blue cities, Chicago.

Balancing a checkbook may be foreign to the Left, but with Illinois’ pension debt above $100 billion dollars, what’s an adult to do? It’s far past time for the state of Illinois to get real leadership, and a man who is dedicated to fiscal responsibility.

Rauner has targeted the sacred cows of Liberalism, and he’s having a BBQ!