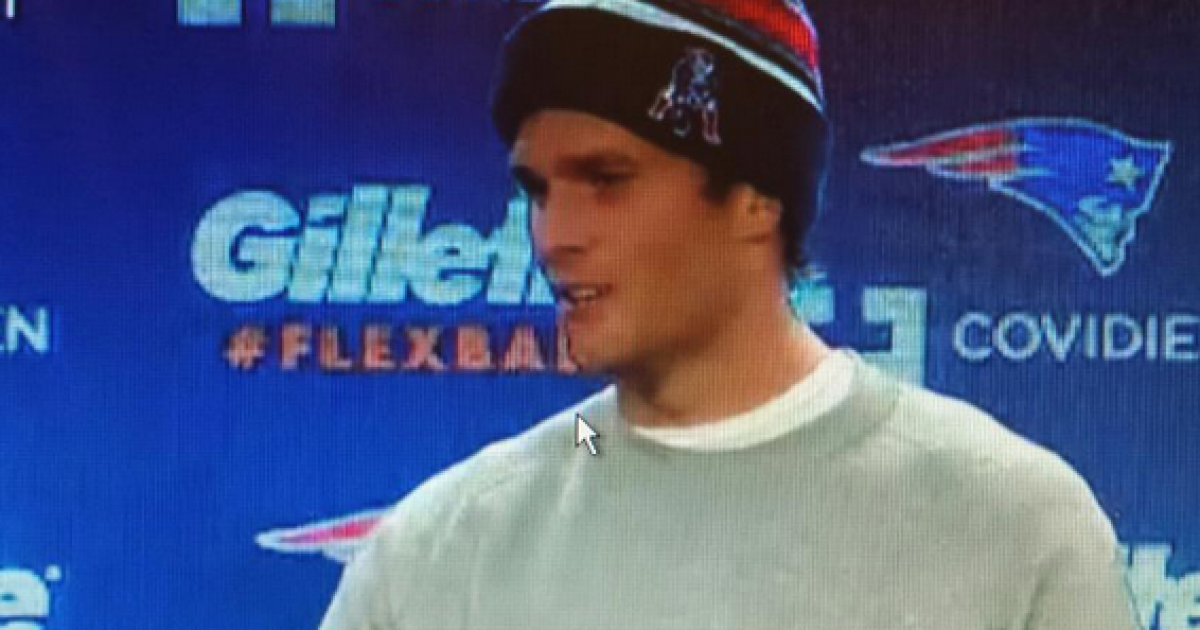 I think the only group that might have gotten a larger fine for “DeflateGate” would have been the Washington Redskins.

The Left won’t say it, but they find the “Patriots” name almost as offensive as the Redskins.

And Tom Brady is feeling the wrath of the politically correct NFL. Social engineering of a meritocracy.

Brady will continue to fight, or so I read. I’m glad he will, as this story appears innocuous, but it’s far from it.

As with all things the Left deem bad, they no longer need EVIDENCE to prove it.

If what Brady did was so bad, why not take his Super Bowl win?

The irony of this farce is amazing.

First, Brady appeals to the very person who gave him the penalty. Of course this only makes sense in Bizarro World. Who would negate his own decision?

Brady is being penalized for the NFL’s lack of procedure for after the balls are presented. The NFL should be fining itself, being honest.

So why is this case interesting, dare I say actually important? It showcases Liberalism.

When this story broke, the owner of the New England Patriots took the pre-emptive punishment of losing a first-round draft pick, and paying $1 million. That’s hefty by anybody’s standards, given there were no established rules to deal with this situation, right or wrong.

Kraft lost a draft pick and paid $1M, he said [pp] “I thought it would put and end to the whole scenario.”

Kraft knew at the time he was over-paying for the potential crime, and in fact theoretically his team, specifically Brady had done nothing.

Nevertheless, after extorting $1 million and “spreading the wins around” by penalizing the team a major draft pick, the NFL commissioner then added more penalties, making Brady sit out four games without pay. This will cost Brady roughly $2 million and the team up to four losses.

So Kraft bought into Liberalism. He thought he could pay a LOT, and that would be enough extortion money to get them to release the hostage. The Liberals simply tricked him, and got even more.

The rest of the league is better for it. The penalty was for the greater good, right? It’s not like Brady beat his trophy wife, or his trophy kids. He MAY have let a little air out of a football. The same ball handled by the opposing defense and the referees.

All the NFL wanted and got was MORE MONEY. Thus is the Liberal way.

The lesson for Republicans: Don’t go for the payoff, and don’t back down!