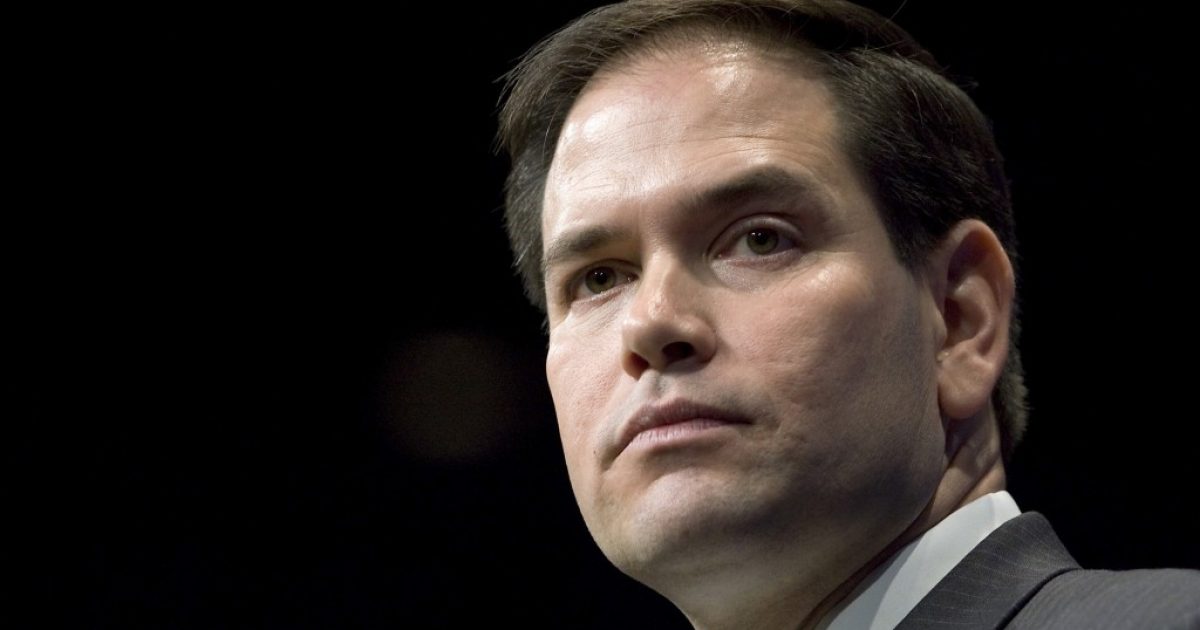 There is no consensus on who won last Thursday’s GOP presidential candidate debate, but while many feel Donald Trump was the clear winner, others have also been mentioned–Sen. Marco Rubio, for example. According to polls released following the debate, Rubio is in 4th place. The Florida Times-Union poll was released on Friday, but only Republican primary voters in Florida were polled. In that poll, Trump leads with 27%, closely followed by Jeb Bush (26%). Ben Carson and Ted Cruz are tied with 8%, followed by Marco Rubio (7%). And, in NBC’s Survey Monkey online poll, Donald Trump leads with 23%, followed by Ted Cruz with 13%, Ben Carson in 3rd place with 11% and Carly Fiorina and Marco Rubio tied with 8%.

Many conservatives had written Rubio off back in 2013 due to his role in drafting the “Gang of Eight” amnesty bill. But, even though immigration is one of the biggest issues of the 2016 election, the debate moderators (Chris Wallace, Megyn Kelly and Bret Baier) did not focus much attention on it in their lines of questioning. As Julia Hahn, in a Breitbart article, points out, the Fox News moderators didn’t address the “economic implications of mass immigration; they did not address whether candidates thought immigration should be reduced or not; they did not address recent census projections showing the U.S. is about to break all historical immigration records; nor did they address the growing number of H-1B scandals or the violent crime spree carried out by a free Ohio illegal alien only minutes from the debate stage.” Hahn goes on to write:

“But the most remarkable omission was that, before an unprecedentedly large debate audience, not one of the three moderators asked Senator Sen. Marco Rubio (R-FL) about his role in writing, selling, misrepresenting, and ultimately passing through the Senate the Gang of Eight immigration bill. This is also significant since several prominent FOX personalities praised the bill at the time. Sean Hannity, in 2013, described the Schumer-Rubio plan as, ‘probably the most thoughtful bill that I have heard heretofore.’ Bill O’Reilly formally endorsed it; so  did the immigration lobbying group, the Partnership for A New American Economy, run by Rupert Murdoch.

By contrast, the moderators did go after Wisconsin Governor Scott Walker on immigration. Walker, unlike Rubio, has said he opposes citizenship for illegals and believes that too much immigration hurts American workers. Rubio endorsed citizenship for illegals as recently as Monday night in a New Hampshire Republican presidential candidates forum, and only months ago, Rubio introduced legislation known as the I-Squared bill which would triple the number of wage-cutting H-1B visas for big tech and lift the green card cap at universities. I-Squared would expand Muslim immigration into the United States as well. I-squared has also been endorsed by Rupert Murdoch through his immigration lobbying group the Partner For A New American Economy.”

By avoiding the aforementioned questions, which are relevant to Rubio’s immigration policy, debate viewers who were relatively unfamiliar with Rubio likely had no idea that “he was involved in crafting the most expansive immigration bill since the one pushed by Ted Kennedy in 1965.”

Nor was Sen. Rubio asked about his alignment with President Obama in regard to the cause of violent extremism. The Muslim Brotherhood is the most prominent  terrorist hub for Islam in the world. But, that didn’t stop Marco Rubio, along with Sen. McCain and a posse of Democrats, from authoring a letter on July 27, addressed to John Kerry, which is supportive of the Muslim Brotherhood. Towards the conclusion of the letter, it is stated:

“As we saw during the Arab Spring uprisings, choking off all peaceful and legitimate avenues for dissent coupled with unaccountable institutions fuels violent extremism and increases the likelihood of long-term instability.   As President Obama emphasized at the Counter Violent Extremism (CVE) Summit in February, ‘when people are oppressed, and human rights are denied…when dissent is silenced, it feeds violent extremism.'”

Daniel Greenfield, however, argues against that premise, writing that it was “discredited by Obama’s Arab Spring which brought Islamists to power leading to the rise of ‘violent extremism’ including that of ISIS.” He elaborates:

While it may be best to allow an open system, that should not be confused with the false idea stated by Obama, McCain and Rubio that totalitarian movements should be given the opportunity to take political power to avoid violence… and that if they are denied the opportunity then that is the cause of their violence.

It was a warped and false idea that helped lead to WW2 and the Arab Spring. It has been thoroughly discredited and it is a mistake for Rubio to align himself with it. It’s understandable that McCain doesn’t have a clue, but Rubio should know better.”

Though Rubio has said, “there is no greater risk to this country than the risk posed by radical Islamic terrorists,” he seems oblivious to the Muslim Brotherhood’s role in supporting global terrorism. In 2012, Rubio criticized the five members of Congress who penned letters to U.S. government agencies asking for inquiries into their involvement with Muslim Brotherhood affiliates. He did, however, support the Obama administration’s call for former Egyptian President Hosni Mubarak to resign, which eventually led to the formation of a Muslim Brotherhood government, headed by Mohammed Morsi who threatened Israel and planned to implement Sharia law.