How bad of a racist do you have to be, to be worse than Hitler?!

The man who brought socialism to America, Franklin Delano Roosevelt, was not only a philandering scoundrel, but also a cross-burning, anti-black, anti-immigrant racist.

“Hitler didn’t snub me; it was our president who snubbed me. The president didn’t even send a telegram.”

Those were the words of one of greatest Olympians in American history, James Cleveland “Jesse” Owens, winner of four gold medals at the 1936 Olympic Games in Berlin.

Jesse Owens was a national track and field star in the 1930’s. In high school he broke several world records, and eventually went to Ohio State University, for which he had to pay his own way. To do so, Owens worked as a gas station attendant, a waiter, an all-night elevator operator and a library assistant. Leftists would find it hard to believe that a black man could go to college without government handouts.

While still a student at OSU, Owens was nothing short of amazing.

This excerpt is from Owens’ biography via an article by Lawrence Reed of the Foundation of Economic Freedom:

“Jesse gave the world a preview of things to come in Berlin, while at the Big Ten Championships in Ann Arbor on May 25, 1935, he set three world records and tied a fourth, all in a span of about 45 minutes. Jesse was uncertain as to whether he would be able to participate at all, as he was suffering from a sore back as a result from a fall down a flight of stairs. He convinced his coach to allow him to run the 100-yard dash as a test for his back, and amazingly Jesse recorded an official time of 9.4 seconds, once again tying the world record. Despite the pain, he then went on to participate in three other events, setting a world record in each event. In a span of 45 minutes, Jesse accomplished what many experts still feel is the greatest athletic feat in history…setting 3 world records and tying a fourth in four grueling track and field events.”

Owens went on to dominate the Olympics, ruining Hitler’s idiotic idea of the superior Aryan race. Hitler could do nothing but admire the man who completely destroyed his racist precepts. But it was not Hitler who shunned Owens.

Owens returned home from Berlin to ticker tape parades in New York City and Cleveland, his hometown. People from all over the world sent him congratulations. Jesse Owens had represented America in an event that was equally as important as our war theater. Owens had won the war of ideologies.

America was superior to the Germans and Nazism. However, racist Democrat President FDR never even acknowledged Owens, not a phone call, not a telegram. In fact, all the white Olympians were invited to the White House, but not Owens.

FDR hated black people. His New Deal policies are landmarks for modern Liberalism. He promised economic reform and assistance for the underprivileged; that is, unless you were black.

According to a Cato Institute publication:

“The flagship of the New Deal was the National Industrial Recovery Act, passed in June 1933. It authorized the president to issue executive orders establishing some 700 industrial cartels, which restricted output and forced wages and prices above market levels. The minimum wage regulations made it illegal for employers to hire people who weren’t worth the minimum because they lacked skills. As a result, some 500,000 blacks, particularly in the South, were estimated to have lost their jobs.” {emphasis added}

You will never hear liberals talk about the true history of the Democratic Party. Embarrassing details like their treatment of a black hero like Owens get swept under the carpet. They did the same to boxer Joe Louis, but that’s a whole other article.

You want to know why Democrats want their history eliminated? To forget the past is to repeat it. It’s our duty as Americans to remind everyone of the overt and covert racist history of the Democratic Party. 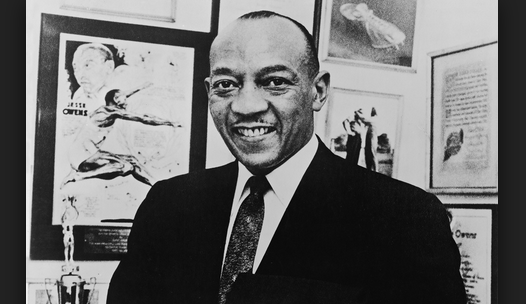