Following the tradition of truth tellers like Jay Carney, Robert Gibbs and Baghdad Bob, Josh Earnest tried to convince us, yet again, that fat meat ain’t greasy. And neither is Planned Parenthood.

Asked why he called the videos produced by pro-life group, The Center for Medical Progress, fraudulent, twisted and inaccurate, Josh Earnest said, “Because Planned Parenthood said so.”

It is Earnest’s opinion and that of the White House, that organization who kills children and sells their parts for a living is credible.

For those talking about editing, you can watch the full videos here.

What a slimy way to earn a living! 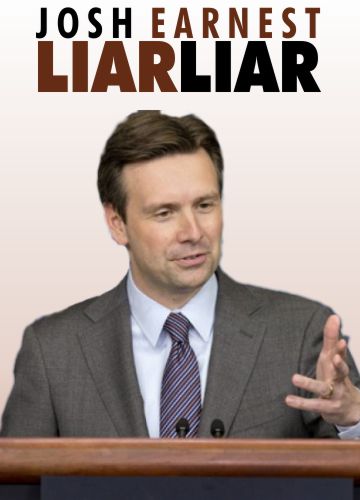