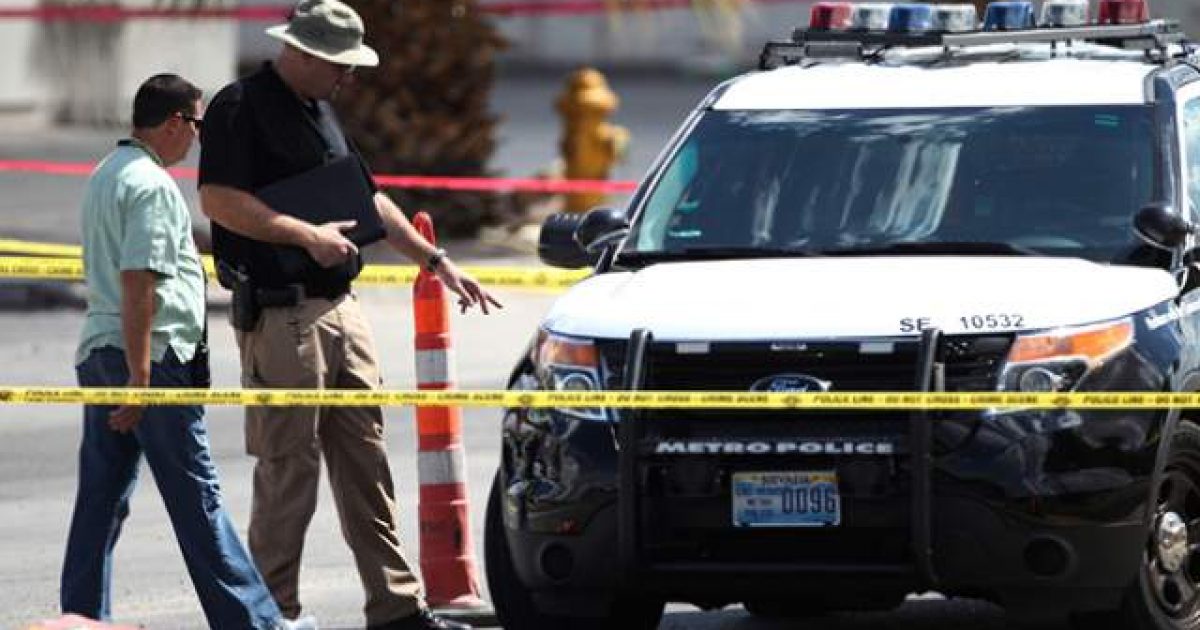 A Las Vegas police officer was shot on Sunday in yet another ambush-style attack. It appears that a single shooter walked up to the police car, opening fire, resulting in one officer being shot in the hand. There were two officers in the cruiser.

The two officers were inside a patrol car and were responding to a disturbance call at a retail store when the suspect walked up to the patrol vehicle and started shooting, according to a report by Fox5Vegas – KVVU.

After the shooting, the suspect ran a short distance and then surrendered. According to sources, the shooting took place near the intersection of Tropicana and Nellis Boulevard, which is not exactly in a war zone.

Las Vegas Metro police said their officers fired no shots and the suspect was taken into custody without incident. He dropped the gun after a short foot chase, according to Metro Undersheriff Kevin McMahill.

Officials stated the as-yet unidentified shooter was using a Springfield semi-automatic pistol. The officer’s injury was not considered to be life threatening.

A witness to the shooting, Robert Benjamin, told the Review-Journal, “He didn’t resist or put up a fight.” Benjamin had been “flying a sign for Jesus” on the corner and heard three shots that were fired by the suspect.

“We did not fire a shot back at this suspect in this incident,” McMahill told reporters, according to LasVegasNow. “That shows you a lot about how it is, that these officers are going out there and being attacked while they’re sitting in a police car, and we didn’t fire a shot back at them — remarkable restraint shown by my police.”

This type of officer response won’t last long. Eventually either people will stop wanting to be cops, or they will begin protecting themselves again.