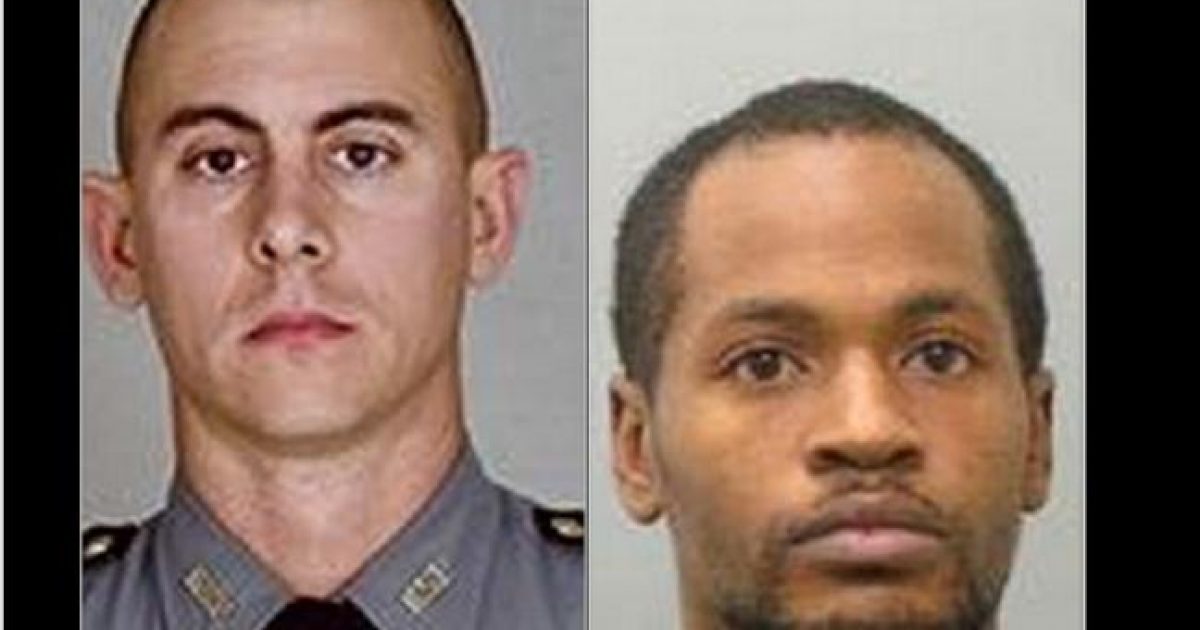 As if the #BlackLivesMatter movement needed more of a trouncing, a black man shot a white cop in KY.

Why is the color important? It isn’t. Except there those in America who make color an issue with everything.

The #BLM movement knows that the people causing the most trouble for black people are other black people. The black man who shot and killed the Kentucky trooper looked a lot like me. That killer will be the reason I am pulled over, approached with extreme caution, and in the wrong circumstances, shot dead.

As reported in Fox News,

Kentucky State Police have launched a manhunt after one of its troopers — who was only on the force for less than a year — was shot and killed late Sunday following a traffic stop and car chase.

A statement released early Monday said that Trooper Joseph Cameron Ponder, 31, was pronounced dead at a Princeton, Ky., hospital after being shot multiple times. Ponder had been a state trooper since January of this year.

The statement said that Ponder was conducting a traffic stop on the westbound side of Interstate 24 in the western part of the state at about 10:20 p.m. local time. The statement said that the driver [Joseph Thomas Johnson-Shanks] who was being stopped took off from the scene, with Ponder pursuing him for approximately nine miles.

How many incidents is this now in a span of a few weeks? Enough for us to know it is more than a coincidence. The #BLM movement and other hate groups and race pimps are quick to trot out the names of a few innocent victims killed by cops, while throwing in street thugs like Michael Brown, Jr or Freddie Gray, when it suits their narratives. But I have yet to hear one of these morons mention the cops who put their lives on the line, and are gunned down for simply trying to do their jobs.

Cop killing is what the #BLM movement is about. They wholly ignore the thousands of cops who daily console the mothers and fathers of slain black teens, or other black victims of brutal crimes, mostly committed by other blacks. #BLM choses selective outrage. Be mad at ANY justice dealt again black thugs, but say NOTHING when cops are there to help black families pick up the pieces.

I ask you, which situation occurs most?

#BLM should be THANKING the police, yet these ingrates are making the job of law enforcement exponentially more difficult.

So what another officer got shot. Bonus for the hate group #BLM, the officer was white.