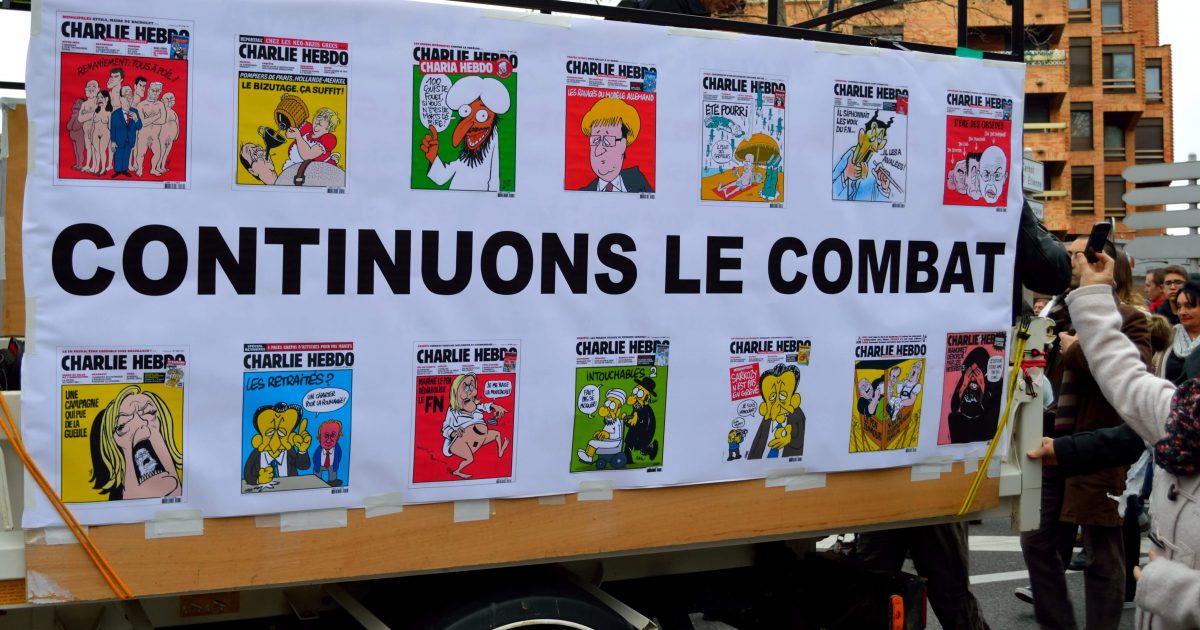 I love that Charlie Hebdo has struck back at radical Islam.

Sure, it’s disguised in the form of the drown “refugee” boy whose father was headed to Europe for dental work. Nevertheless, it’s still clever.

According to Time Magazine,

The two drawings at the center of the new controversy appear to target Europe’s widely faulted response to the migrant crisis currently sweeping the continent. One cartoon shows a toddler face-down on the beach beside a billboard advertisement offering two kid’s menu meals for the price of one, with the caption “So close to making it.” The other, captioned “Proof that Europe is Christian,” depicts a Jesus-like character walking on water, while another is sinking head first, with the former remarking “Christians walk on water” and the latter saying “Muslim children sink.”

I have to say I love the underlying message. It’s not Christian countries who are in turmoil, but the scourge of Islam. As one of my friends said,

“If you gave the Muslims the richest, most fertile land on the planet, they would turn it into a desert within a decade.”

The Left are already upset over this, as they want the world to believe we have a “refugee crisis,” when in fact we have an ISIS crisis. Don’t think this didn’t go unnoticed on Charlie Hebdo.