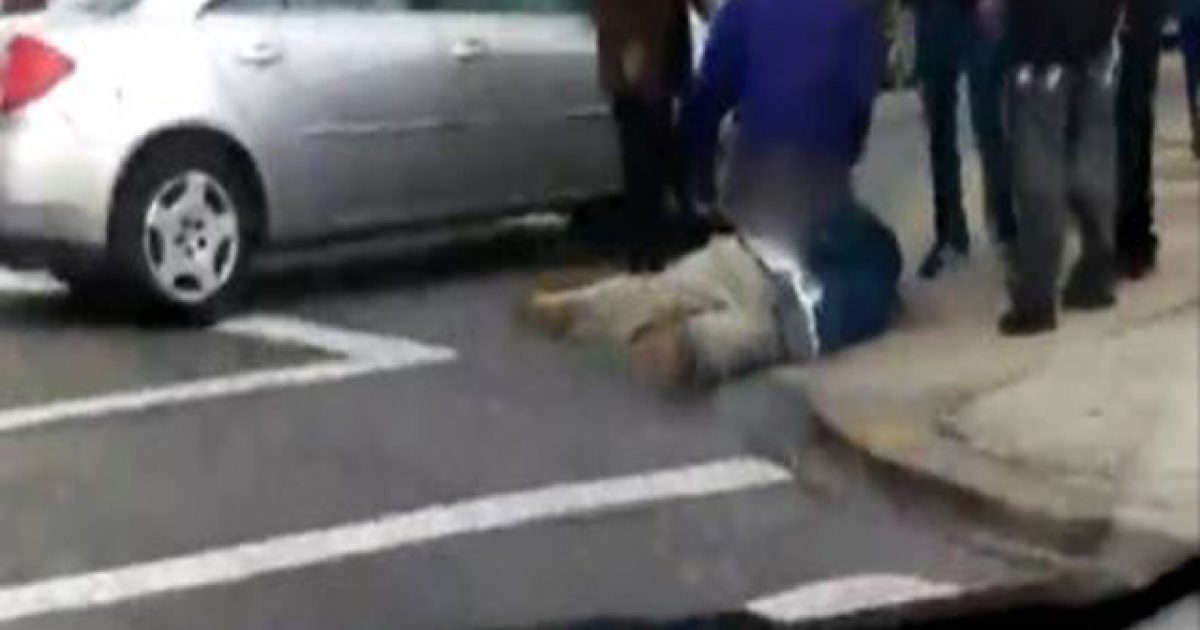 As the saying goes, “The apple doesn’t fall too far from the tree.” Case in point: Michael Brown’s family.

Relatives of Michael Brown were driving around, when his grandmother saw someone selling shirts that read, “Justice for Mike Brown”

Her reaction? It’s safe to say it wasn’t pride.

Grandma demanded the car be stopped, screamed at the proprietors, after which her family turned over the tables like Jesus in the temple.

A brawl ensued…between family.  LaTonya Ewing was captured beating the crap out of Michael Brown’s cousin with a stick.