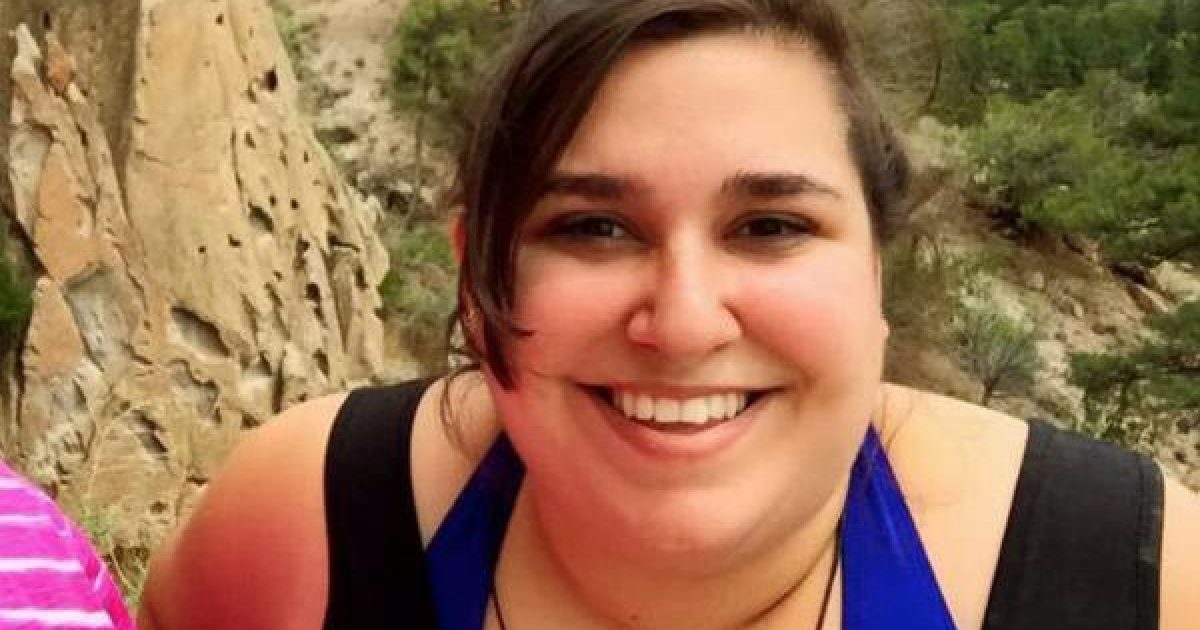 It takes a sick person to celebrate the assassination of a police officer, a public servant cowardly shot while refueling his cruiser. But in the Era of Obama, psychotics (new Democrats) are emerging at an alarming rate.

So when Sam Houston University student Monica Foy tweeted that Harris County Deputy Darren Goforth deserved to be shot, it was no surprise to many Americans.

Deputy Goforth was brutally murdered by a thug who shot him in the head from behind, then fired 14 more rounds into his back. For Democrats, Goforth wasn’t a human being and a man doing a mostly thankless job. No, for them he was just a target.

Deputy Goforth, 47, was more than a cop. He was a husband and father, who leaves behind a wife and two children.

It shouldn’t surprise most that Foy later that day tweeted her support for the George Soros/ Southern Poverty Law Center-funded #blacklivesmatter movement. She, like many other supporters of this alleged cause have openly advocated for the murder of police officers. Shannon Miles is the coward who shot Deputy Goforth.

“The motive for the murder is unknown.”

Nonsense. The motive is most definitely known.

As for Foy, she was arrested five days later on an unrelated charge from 2011. Foy allegedly assaulted a co-worker by punching him in the head and face several times. A warrant had been issued for her arrest at that time. An anonymous person phoned in the tip to LEOs after being outraged by her tweet.

Her father, Andrew Foy, expressed disgust for his daughter’s comments and attributes it in part to being a misguided college student. He sent an email to Michael Berry of KTRH News Radio in Houston:

“I’m writing you because I’m finally able after being so sick to my stomach I could hardly breathe from the insensitive and stupid remark my daughter tweeted about the fallen officer. Our whole family is distraught and stupefied with embarrassment.

Yes, she’s just a misguided college student that has flown off the handle with remarks that have had no forethought whatsoever and then later has had to choke on her words, but never like this. Quite frankly, I also feel some relief that she was arrested to face her warrant once and for all.

Michael, I can tell you that it was a stupid mistake, and she tried to delete it as soon as she realized what she had done. Inexcusable? Absolutely!! And I might tell you that there WILL be an apology forthcoming soon to not only the family of the fallen officer, but to the police departments and general law abiding public.

I can honestly tell you that Monica respects the law and the officers. The arresting officers even commented on how polite and respectful she was (which is how she was brought up to be, not just because she was arrested). We had another officer out to the house yesterday because of the death threats, not only towards Monica, but apparently it spread to the faculty members at N.T. Law School as well where her sister is a student and the school advised us to report the threats.

Jesus … I can’t find enough words to express how dismayed we are and the degree of remorse she’s feeling right now. I think she’s probably got the idea of how sick and despicable her tweet was.

Thank you for your radio show. I’m out on the road a lot and I listen to you almost every day. The only reason I haven’t been to the RCC to meet you is ’cause I’m hardly ever down that way, but I hope to soon.

Seriously, WTF do you do when you get blind sided by a stupid move by a daughter who’s caught up in all the strife of whose lives matter and mouths off in such a public way and then tries to retract it but it’s gone viral … but to sit her down, have a little educational talk (if you can catch my drift) and apologize profusely. I’m one distraught father right now.”

Do other misguided college students of this country think this way? Hopefully not many. And let’s pray they never will.

TheBlackSphere has learned Monica Foy’s Twitter account has been suspended over the thoughtless tweet, but the screenshot is still circulating amid suggestions this #BLM supporter consider Mrs. Goforth’s grief over her tragic, unprovoked loss.